The much-anticipated First Americans Museum is scheduled to open September 18, 2021. The 175,000 square foot project tells the story of the 39 tribes in Oklahoma today. The museum features two long-term exhibitions assembled by the only all Native curatorial team in the world. The OKLA HOMMA exhibit shares the collective stories of the 39 Tribal Nations from their ancestral homelands to what is now Oklahoma. The second long-term exhibit is WINIKO: LIFE OF AN OBJECT which features approximately 140 objects on loan from the Smithsonian’s National Museum of the American Indian. www.famok.org

The Mandan Hidatsa Arikara Nation opened its new MHA Interpretive Center on May 19, 2021. The center, which is dedicated to telling the story of the MHA Nation through living history programs, includes an interactive culture kiosk, an outdoor, 500-seat amphitheater, a 250-seat event room and a classroom for educational programs.

Also on site, a recording studio will welcome elders and other tribal members who can share stories and language, which will be preserved for future generations. The Center also includes a coffee shop (named Black Water in Hidatsa) a new lunch spot and a state-of-the-art kitchen, where traditional meals are prepared. A gift shop features hand-crafted items from purses and totes to men’s, women’s and kids clothing, jewelry, and jams and jellies that are locally made. www.mhanation.com/interpretive-center

This summer, the Oglala Lakota Nation and their partners will open the Oglala Lakota Living History Village, an entry point to the beautiful landscape and the past and present culture and indigenous knowledge of Lakota Country. “Come hear our Lakota voices, our Lakota stories…told by our Lakota people. Learn to see the movement of the land, you’ll learn to understand the movement of the people.” Located at Cactus Flats, Exit 131 on Interstate 90, and then one mile south on South Dakota Highway 240. www.oglalalakotahistoryvillage.com/

The Choctaw Cultural Center will officially open its doors July 23. Exhibits include a four-part story about the history of the Choctaw Nation of Oklahoma from ancestral times (circa 1250) to the present day in Oklahoma. An outdoor area includes a stickball field, living village and a traditional mound. The more than 100,000 square-foot facility houses two exhibit halls, an art gallery, auditorium, children’s area, classrooms, offices, gift shop and café. Press contact: Randy Sachs, Director of Public Relations, Choctaw Nation of Oklahoma, 580.924.8280 Ext: 5468

After closing its doors due to an arson-caused fire in September 2020, the former “The People’s Center” which is owned and operated by the Salish, Kootenai and Pend d’Oreille Tribes, has re-opened to the public as theThree Chiefs Cultural Center,

Temporarily housed in a log building built several years ago for Col. Doug Allard’s first restaurant, the Center recently opened a partial display, including many of the artifacts that were recovered and restored after the fire. A temporary gift shop is also open to the public, as are periodic Three Chiefs Craft Circle events, featuring activities like bracelet making, mini tipi making and coloring for the kids.

When fully open, the Center, which showcases the rich cultural  of the tribes, whose traditions and culture have been passed down orally from generation to generation, will provide expanded visitor experiences, including cultural activities, traditional arts and crafts, cultural education, native games, and other events reflecting the culture and heritage of the three tribes.

Construction continues on the Santa Ynez Band of Chumash Indians’ $32 million museum and cultural center. The 14,000-square-foot museum will serve as a monument dedicated to the Tribe’s heritage and history, while providing educational opportunities to visitors wanting to learn about the Chumash people and their culture, according to tribe officials. The cultural center is being developed by architect Johnpaul Jones, best known for their design of the National Museum of the American Indian in Washington D.C. According to the Tribe, the museum should be complete later this year, and is expected to be one of the first LEED-certified tribal museums in the U.S.

The Stewart Indian School Cultural Center & Museum is launching a new exhibit in the Great Basin Native Artists Gallery. Contemporary Indigenous artists from Nevada’s Northern and Southern Paiute, Western Shoshone, and Washoe tribal nations display a collection of beadwork, from beaded goblets to cradleboards. This exhibition will be on display through October 23, 2021. Artists include Stewart Alumni and members of the Great Basin Native Artists Collective. The works displayed in the exhibit include items from the cultural center’s permanent collection, donated pieces from the Native community, and print examples of Indigenous Great Basin artists premiering in top fashion magazines and art exhibits around the globe.

When fully open, the Center, which showcases the rich cultural of the tribes, whose traditions and culture have been passed down orally from generation to generation, will provide expanded visitor experiences, including cultural activities, traditional arts and crafts, cultural education, native games, and other events reflecting the culture and heritage of the three tribes.

From 1890 through 1980, the Stewart Indian School served as the only off-reservation Indian boarding school in Nevada. Like many of its counterparts, the school forced Native American children to leave home, prohibiting them from speaking their languages and carrying out cultural practices, with the intent of “assimilating” them into non-Native culture. When the school closed in 1980, the State of Nevada occupied the school’s 110 acres and iconic stone buildings.

The Agua Caliente Band of Cahuilla Indians has broken ground on the 5.8-acre Agua Caliente Cultural Plaza at the corner of E. Tahquitz Canyon Way and S. Indian Canyon Drive in downtown Palm Springs. The site will include a new museum that will celebrate the history, culture and modern times of the Tribe. The iconic intersection is home to the Agua Caliente Hot Mineral Spring, a 12,000-year-old water source that has been instrumental in shaping the Palm Springs area. The new cultural plaza will include The Spa at Séc-he which honors the tribe’s rich history as the guardian of this healing mineral water. The new spa will be the fifth bathhouse or spa at the site since the late 1880s. Also on site, an interpretive green belt, the Oasis Trail, which recreates the distinctive character, geology, flora and beauty of the nearby Indian Canyons, one of the ancestral homes of the Agua Caliente.

In response to a Congressional mandate, the Smithsonian’s National Museum of the American Indian has established the National Native American Veterans Memorial on the museum grounds on the National Mall in Washington, D.C. The Memorial, which opened to the public on Veterans Day 2020, is the first memorial of its kind to recognize on a national level the distinguished service of Native Americans in every branch of the U.S. military. The design concept–Warriors’ Circle of Honor–was created by Harvey Pratt (Cheyenne and Arapaho tribes of Oklahoma) and selected from more than 120 submissions. Pratt, a veteran himself, served in Vietnam from 1962 to 1965 as a U.S. Marine in Air Rescue and Security stationed at Da Nang Air Base. americanindian.si.edu 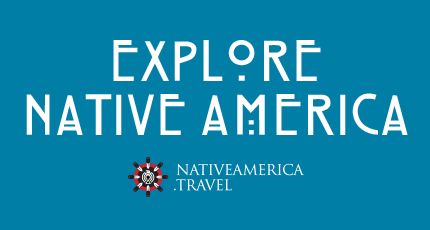