The Merrie Monarch Festival celebrates the art of hula and Hawaiian culture. Started in 1963, it is considered the world's premier forum for people of all ages to display their skills and knowledge of the art of ancient and modern hula. The week-long festival includes art exhibits, crafts fairs, demonstrations, performances, a parade highlighting the cultures of Hawaii and a three-day hula competition that has received worldwide recognition for its historic and cultural significance.

In preparation for the Merrie Monarch Festival, hula studios and instructors in Hawaii and on the U.S. mainland hold classes, workshops and seminars throughout the year to teach the art of hula, the meaning of Hawaiian chants and songs, the Hawaiian language, the making of Hawaiian clothing and crafts and the history of the Hawaiian people.

The Merrie Monarch Festival is dedicated to the memory of King David Kalākaua, known as the Merrie Monarch. King Kalākaua came to the throne of the Hawaiian Kingdom in 1874 and reigned until his death in 1891. He was a patron of the arts, especially music and dance. Kalākaua restored Hawaiian cultural traditions that had been suppressed for many years under missionary teachings. He advocated a renewed sense of pride in such things as Hawaiian mythology, medicine, chant and hula.

The Merrie Monarch Festival has steadfastly maintained the teachings of the kupuna, or elders, and in doing so strives to perpetuate the history and culture of Hawaiian people in a manner that respects those teachings. Through these efforts, along with those of other organizations, this event ensures that the unique traditions of Hawaiian people will continue to flourish. 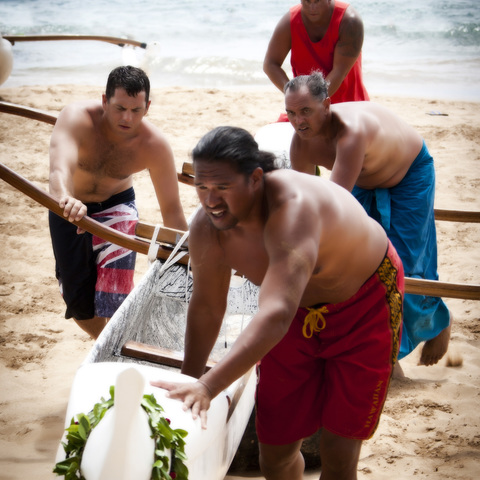