Acorns have long been an important food staple for Pomo, Miwok and many other tribes throughout California. So when members of the California Indian Museum & Cultural Center’s Tribal Youth Ambassador program wanted to create a food product honoring their cultures, acorns were an obvious choice. But how to update them for today’s tastes?

Enter Chef Crystal Wahpepah. A member of Oklahoma’s Kickapoo Tribe who grew up in Oakland in an urban Native American community comprised of many tribes, Chef Wahpepah is the first Native American to be featured on the Food Network’s show, Chopped. Tribal Youth Ambassadors approached Wahpepah in 2016 with their idea, and the result is Acorn Bites–a tasty, healthy snack made with acorn butter and other organic, glute 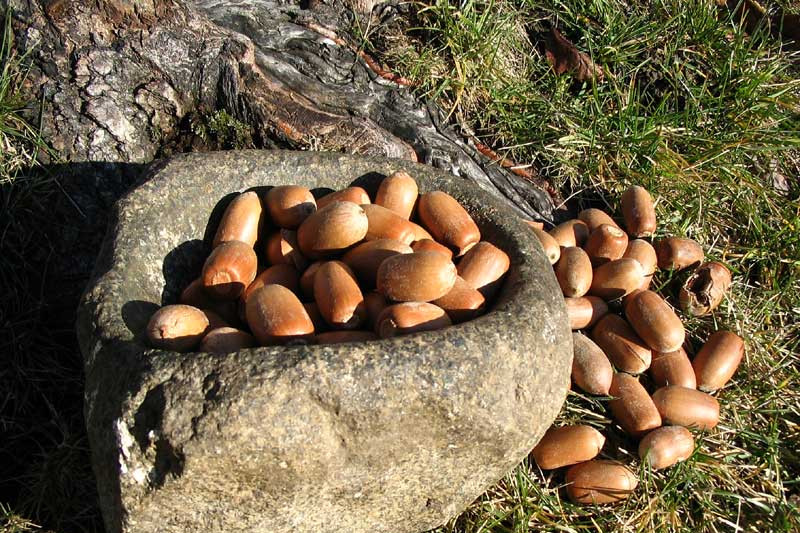 n-free ingredients that tastes a bit like Nutella with nut and berry pieces. They are sold as single balls and compare to sports bars.

“Acorn bites are part of our food sovereignty initiative,” says Jayden Lim, a Tribal Youth Ambassador who is a freshman at Stanford and a descendant of the Pinoleville Pomo Nation. “We wanted to weave traditional foods into a more modern lifestyle.”

“Acorns have sustained our people for millennia,” Lim says. “But many of our elders don’t have favorable memories of eating acorns. They remember a bitter gruel they had to eat as kids. So we wanted to bring this part of our cultural diet back, but make it something people would really enjoy eating. We had a lot of taste tests. It was a collaborative project with our elders and youth, and we value their input on our product.”

Lim says she and other ambassadors worked with Chef Wahpepah on the final recipe, and worked to secure health and businesses permits to commercially produce and sell Acorn Bites. Acorn Bites are currently sold at Santa Rosa farmer’s markets and community events at the museum. Acorn Bites will be sold online by the end of 2020, Lim says.

Ambassadors are also working to get Acorn Bites into major grocery chains, hopefully in the organic food sections, Lim says. Currently, Acorn Bites are made in rented commercial kitchens in small batches, with ten to 20 high school and college students helping out, she says. Lim says her group dreams of working with 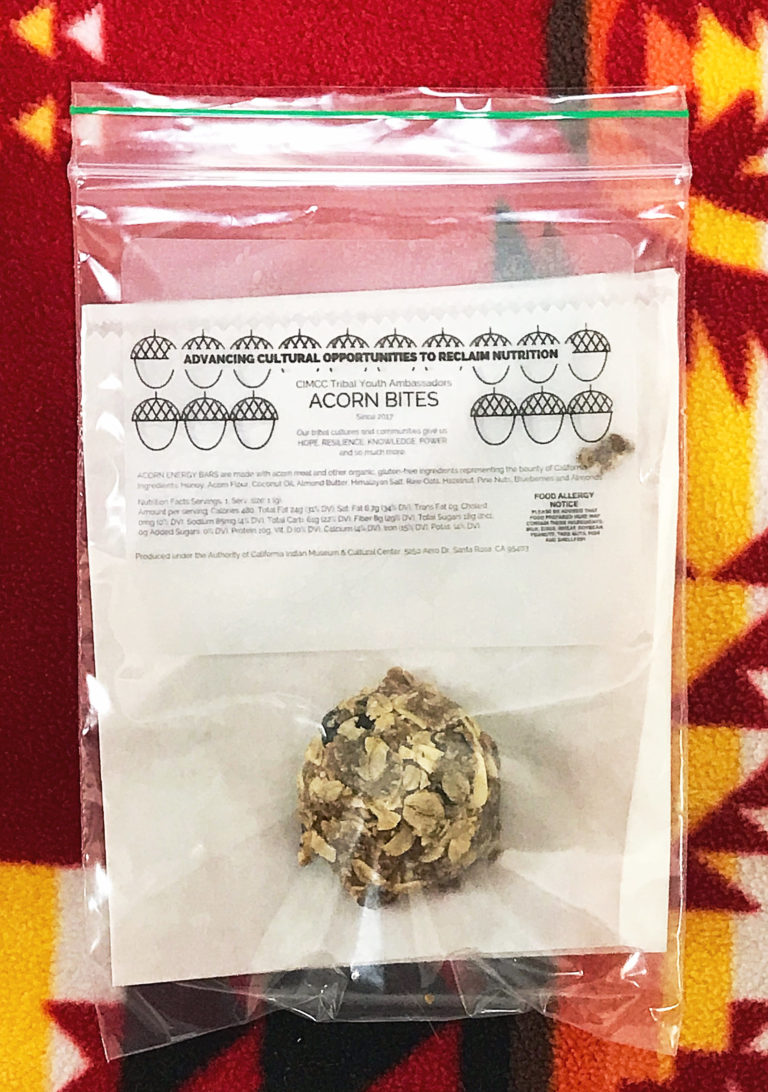 Native botanists to gather other traditional plants and nuts for more products, but that right now she’s focused on increasing the market for Acorn Bites.

“I think that it’s important for people to recognize that cultural revitalization is also about food sovereignty,” Lim says. “Food is culture. And these are the steps that we as the larger Native American community need to take to heal our people.”

For more information about Acorn Bites, visit acornbites.com and the museum at cimcc.org.