From fresh-caught seafood and traditional Tlingit meals to excitement and adventure exploring the surrounding tropical rainforest and beach, Icy Strait Point has been a tourist destination that honors and celebrates Alaska Native culture while offering unparalleled access to adventure and nature. Located in Alaska’s largest Native Tlingit village of Hoonah, Icy Strait Point is Alaska Native owned-and-operated by the Huna Totem Corporation.

Icy Strait Point facilities include a restored 1912 Alaska salmon cannery 35 miles west of Juneau, and opened to the public in 2004. Hoonah is located on Chichagof Island, the fifth largest island in the United States, and is home to the largest brown bear population in the world–approximately three bears per square mile. It encompasses 6.6 square miles of land and 2.1 square miles of water. Chichagof Island is located within the Tongass National Forest, the largest National Forest in the US, and classified as a temperate rainforest with over 100 inches of rain annually. 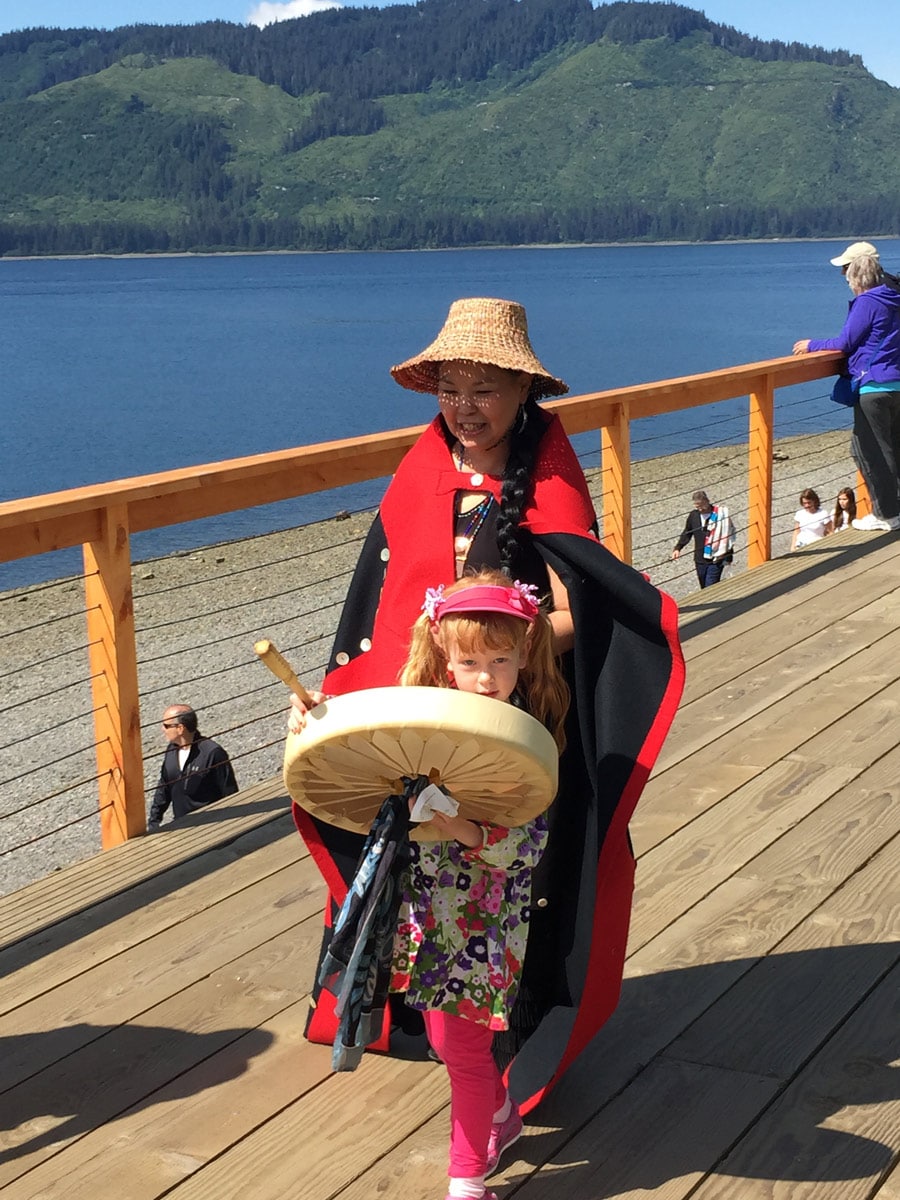 became the official spelling in 1901, with the establishment of the Hoonah branch of the United States Post Office. However, the Village corporation spells it “Huna.” Xunaa means "protected from the North Wind" in the Tlingit language. At the 2010 census, the population was 7,604, down from 860 at the 2000 census. In the summer, the population increases with the influx of workers to staff the fishing, boating, hiking, hunting, and tourism industries found throughout the area.

Icy Strait Point’s clientele is mostly cruise ship passengers who visit as shore excursions, though its 2020 season has been devastated by cruise cancellations due to COVID-19. Guest may also arrive aboard Icy Strait Point’s catamaran that sails from Juneau, a two-hour journey during which guest may spot whales and other wildlife. Icy Strait Point has been developed to incorporate the Tlingit culture and community of the residents of Hoonah. Art and culture are included in all parts of the program at Icy Strait Point, including the Icy Strait Point ZipRider, one of the longest ziplines in North America.

All guides and presenters share Tlingit stories and history. As part of the training, guides receive two days of cultural training, including Tlingit protocols and 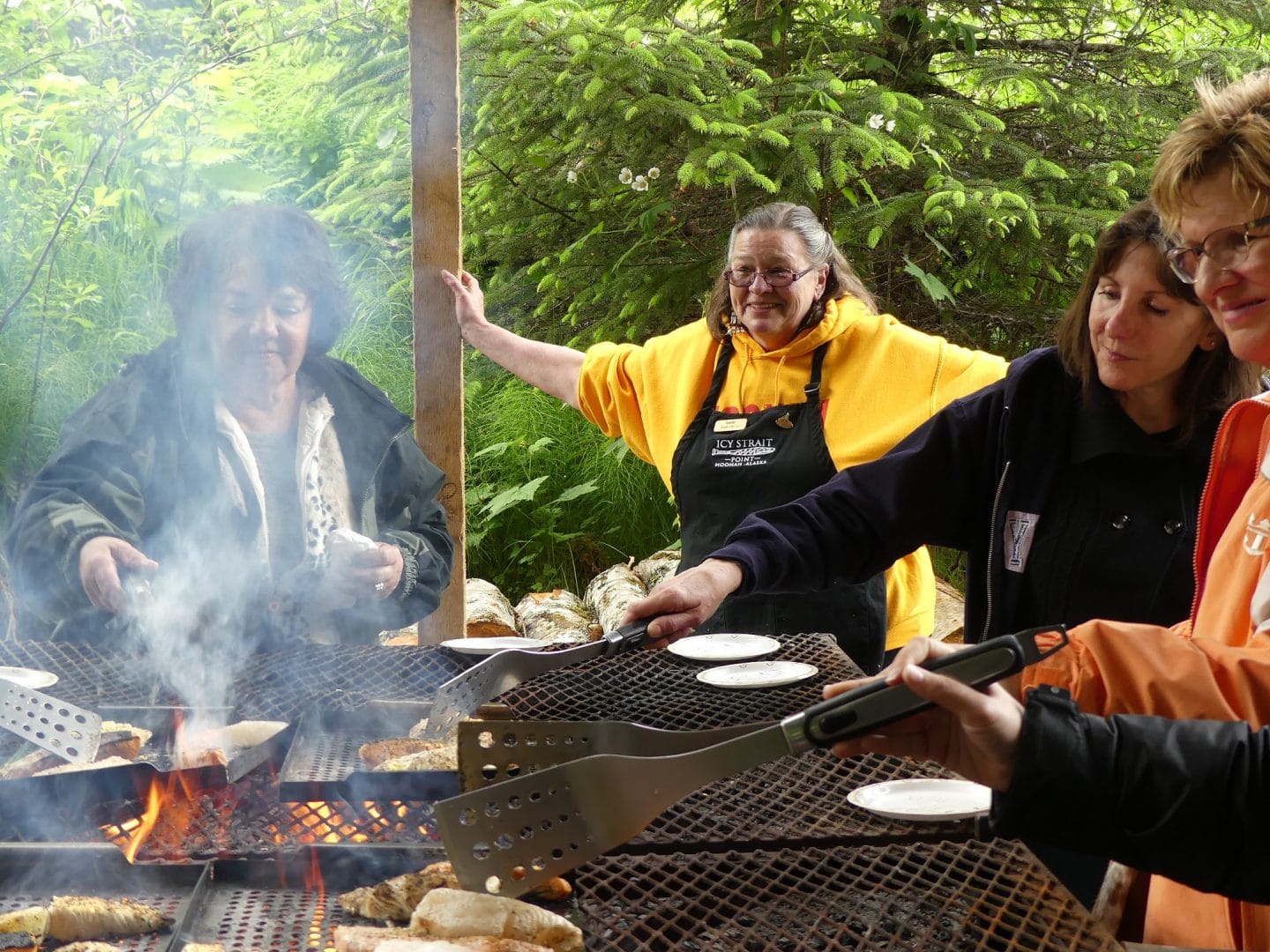 introductions, the history of the community, and important aspects for Alaska Natives including the Alaska Native Brotherhood and the Alaska Native Claims Settlement Act. Prior to incorporating local stories into programming, Icy Strait Point met with local elders and clan leaders to learn what they were willing to share. Even though many of the stories are published and in the public domain, it was out of respect to seek permission.

Elders were very supportive of the efforts to share history and culture. They observed the telling of stories and made corrections to improve accuracy. This protocol has helped gain the support of the local community. Icy Strait Point also works closely with the Hoonah Heritage Foundation to help with cultural perpetuation. The initial build-out of Icy Strait Point was funded by the Huna Totem Corporation, who is the sole owner. Prior to breaking ground the corporation got presale commitments from numerous cruise ships for their first few seasons. 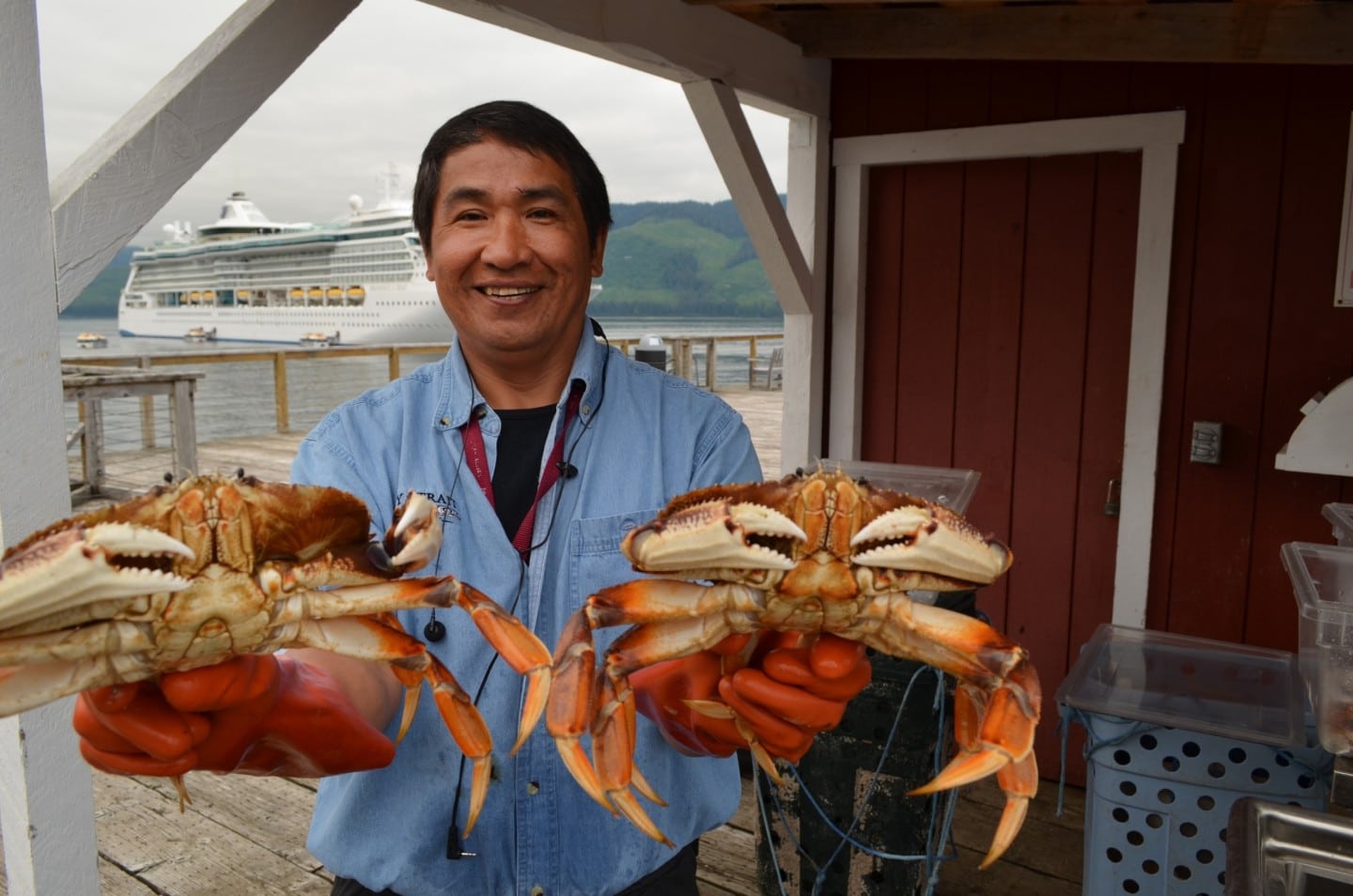 For its culinary offerings, In Alaska’s Wildest Kitchen treats visitors to stories from former commercial fisher, Dodie Lunda, and a demonstration of how to create iconic dishes such as salmon burgers and grilled local fish out of Alaskan staples. The second program is more in depth and experiential.

The Tlingit Kitchen: A Taste of Southeast Alaska shows visitors how to fillet a salmon, how to harvest various traditional food 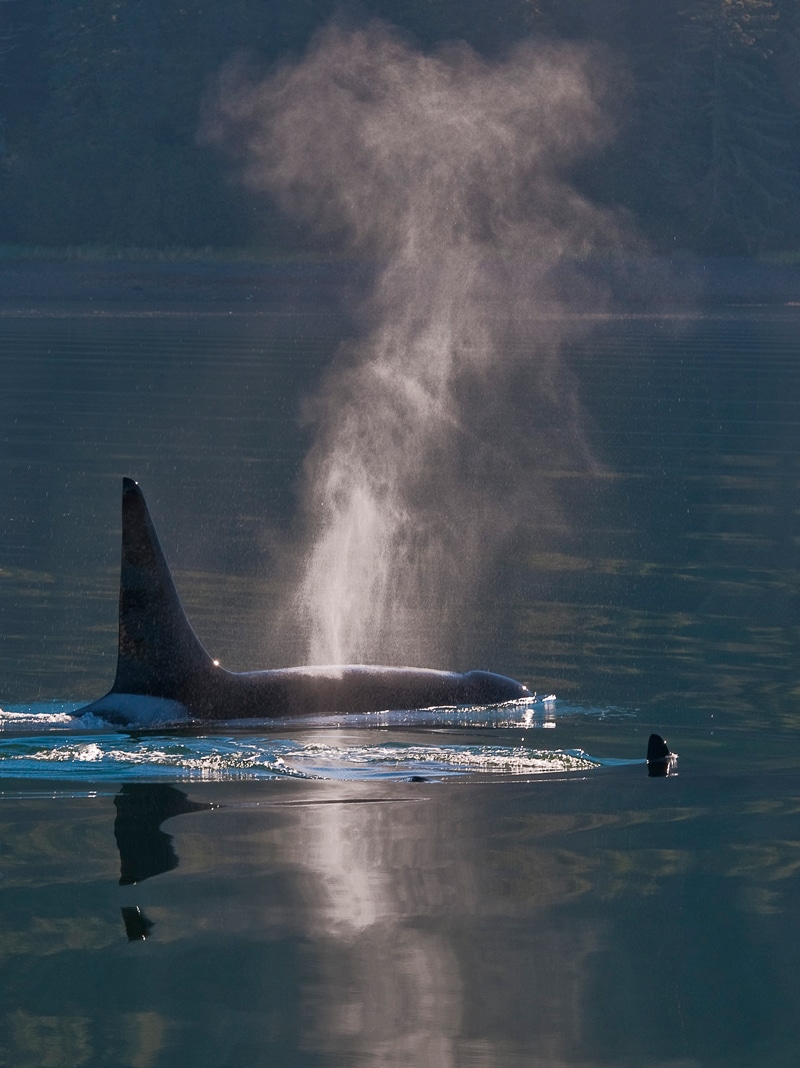 s such as berries and sea asparagus, and the opportunity to sample the unique foods harvested by locals. The tour travels outside the grounds of Icy Strait Point to visit surrounding beaches and forests, as well as the personal smoker of the guide, Johanna Dybdahl. In addition to connecting to the visitor’s senses, these programs help connect the visitor to the local culture and people in a way that only food can do. The goal of these two programs is to provide interesting culinary options for guests. In the case of The Tlingit Kitchen, the goal is to teach guests about the subsistence lifestyle of the local Tlingit people.

Alaska’s Wildest Kitchen has been available since the beginning of the tourism program at Icy Strait Point in 2004 and one of the most popular tourist selections. The Tlingit Kitchen: A Taste of Southeast Alaska was added in response to a request from the cruise ships and was first available in 2016. It is primarily booked by higher-end cruises.

A Taste of Local Flavor 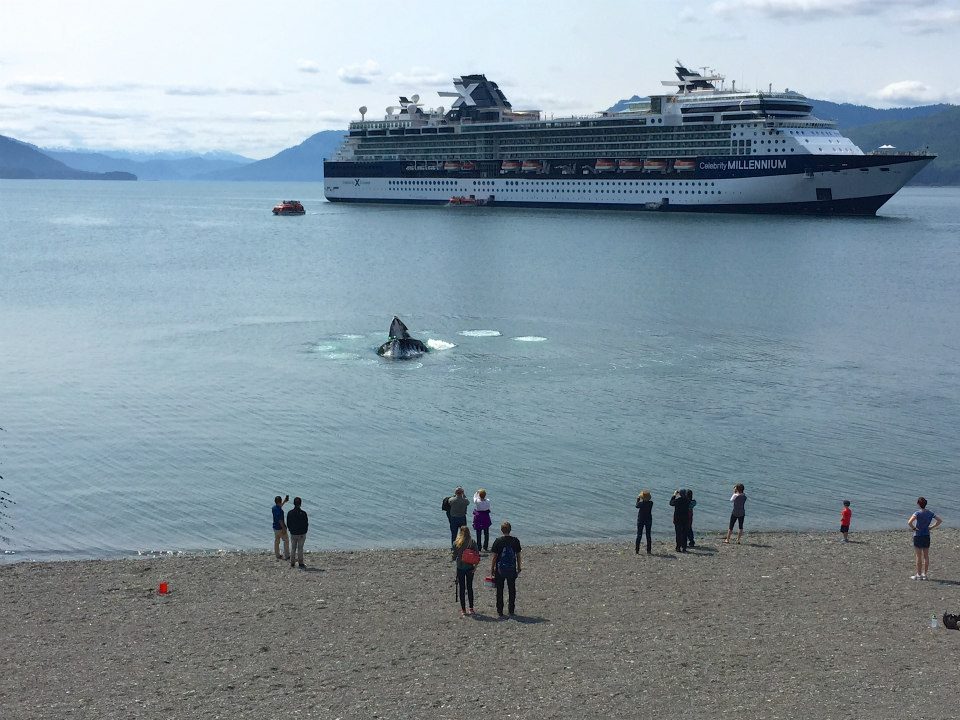 are a local favorite, featuring Alaska sockeye salmon cakes with flavorful herbs, topped with Alaska house tartar sauce, bacon, lettuce and tomatoes on brioche buns. For a non-seafood Alaska specialty, the Alaska Blue Burgers made with reindeer meat and mixed with caramelized onions, blue cheese and merlot steak sauce before grilling are enjoyed. Other favorites include our salmon chowder, reindeer chili and fries.

The Crab Station Restaurant serves Alaska’s best king, snow and Dungeness crab. When in season, the fresh Dungeness crab is caught in local waters and kept alive until cooked. Seating is available on the dock or guests can stroll around the corner to join friends at the open seating Cookhouse Restaurant. Visitors can buy Icy Strait Point cans of salmon from the gift shop, along with other souvenirs.