The Yakama Nation’s Iksiks Washana’lama, or “Little Swans,” is a collective of girls and young women brought together by the culture, history and language of their Tribe through oral interpretations of songs and dance. The group learns traditional songs, dance and stories that has been passed down to them by their elders and ancestors. Their performances include the traditional Swan Dance as well as other songs and dances. 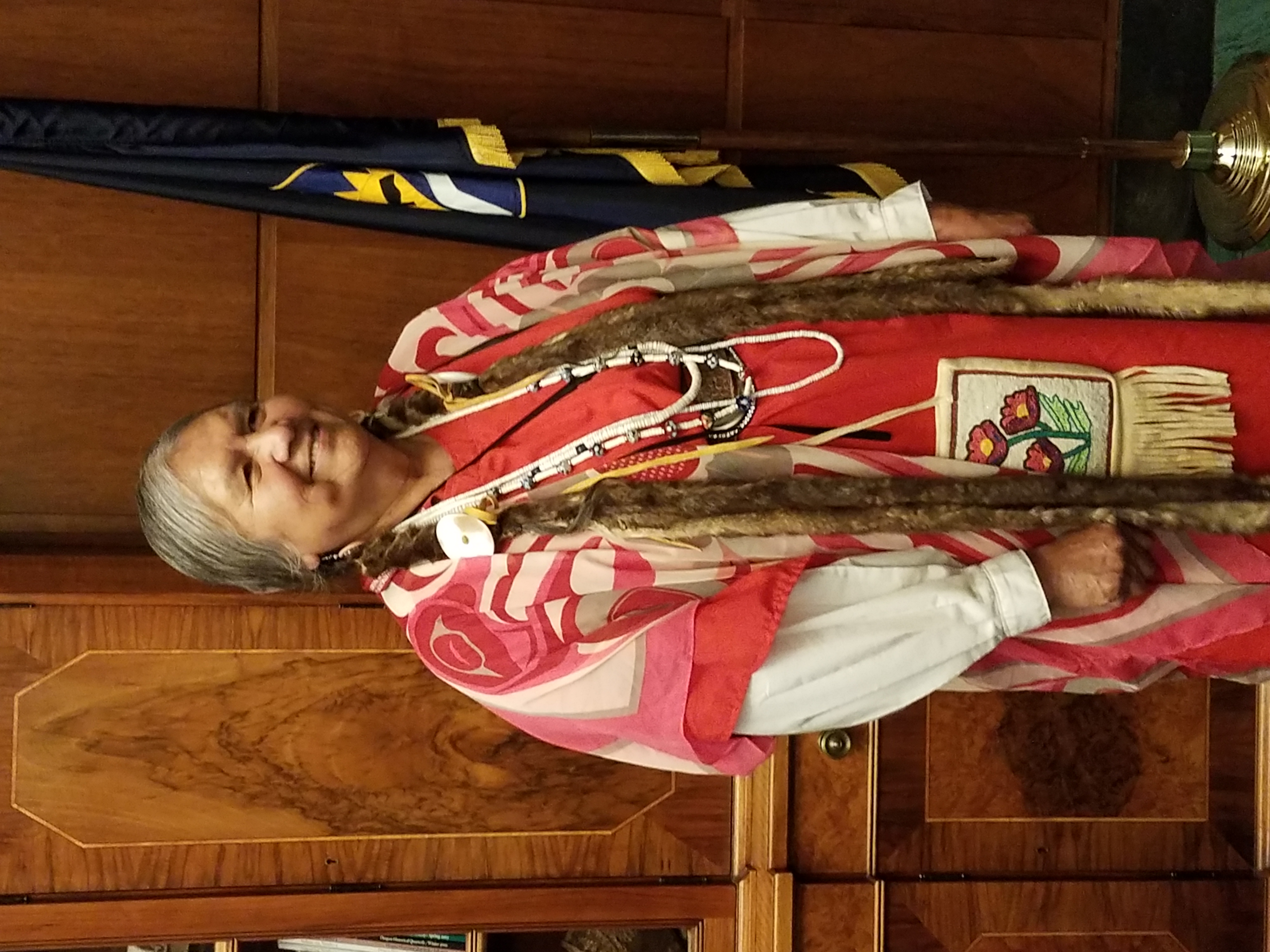 The Little Swans have appeared at many locations throughout Washington State and Northwest, including the Yakima Valley Museum, Yakama Nation Cultural Heritage Center. They have also performed their dances nationally and for national conferences.

Mary Lee Jones of the Yakama Indian Nation is one of the founders of the Little Swan Dancers who came together with parents, children and elders to maintain the social dances of the Plateau Indian Tribes of the Northwest. During the annual Pendleton Round-Up in Pendleton, Oregon, Swan Dance teams demonstrate their skills and knowledge about these social dances in competition. At the urging of parents of the Toppenish Creek Longhouse, families gathered the young girls together to teach them about their history, dances, songs and culture of the Yakama people. As one of the many traditional food gatherers from young girls to elders, Mary Lee assists with the convening of the young girls, practices and schedules. With an established group of young girls of the longhouse, Mary Lee and their families were able to form the dance group immediately.

Patricia “Patsy” Whitefoot of the Yakama Indian Nation is one of the elders of the Little Swans dance group. Whitefoot is a longtime Native educator and activist. She has received many honors for her work including an Adeline Garcia Community Service Award by the Seattle Indian Health Board. “Her commitment to this work has empowered many of us to fight for the safety of Native women everywhere,” said Abigail Echo-Hawk, chief research officer of the Seattle Indian Health Board, which provides health and human services and specializes in the care of Native people. With her experience working with her tribe, state and regional education with the Affiliated Tribes of Northwest Indians for over thirty years, which represents and advocates for the unique needs of 56 tribes in Oregon, Washington Idaho and southern Alaska, as well as western Montana and Northern California, self-determination is evident with the young girls.

The Little Swan Dance group members wear white dresses to recognize the story of the Swan Dance among the Northwest Plateau tribes, red to honor missing and murdered indigenous women and people, pink to honor Breast Cancer survivors, blue to recognize the Yakama Nation, and other colors to represent the relationship to the land, culture and well-being. On January 19, 2019, the Swan Dancers helped lead the Women’s March in Yakima, WA and danced at a gathering after the walk from the Unitarian Universalist Church to Millennium Plaza. “With our culture of our people, of the Yakama Nation, culture is important. Culture is prevention. Culture is education for us,” Whitefoot said during the gathering.

The Little Swan Dance group is available for presentations and performances. To request more information contact Patricia Whitefoot at whitefootp@gmail.com.