Members of the Iowa Tribe of Nebraska and Kansas have long known of the many benefits of bees to their land on the Kansas and Nebraska border. So when Tribal elder Pete Fee, a longtime beekeeper, approached the Tribe about getting involved with bee keeping, Tribal officials recognized right away bee keeping’s potential benefits to the Tribe’s land and economy. 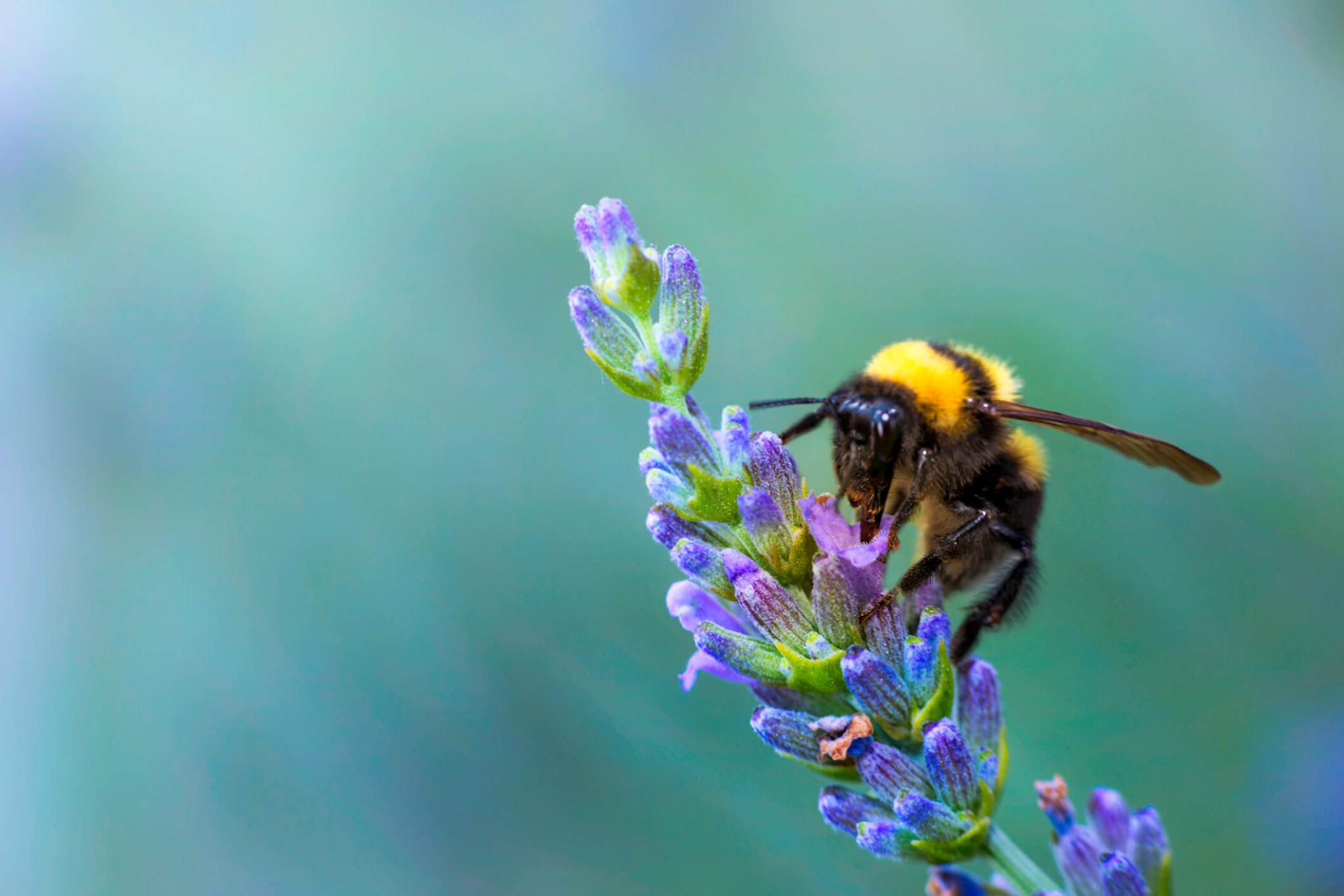 In 2017 the Tribe decided to share their honey with the world and created the Ioway Bee Farm. (Ioway is a frequent spelling to designate the Tribe from the State of Iowa, which is named for the Tribe.) Ioway Bee Farm sells raw honey, creamed honey, honey sticks, lotion bars, bee pollen, CBD hemp honey and lip balms through the Tribe’s Grandview Station convenience store, online and in stores nationwide.

“The bees are part of our regenerative agriculture practices,” says bee and hemp farm manager Jimmy Lunsford. “They pollinate our crops and help us out in so many ways. We want our land to be like it was 100 years ago, healthy and productive, and you have to have bees to do that.” 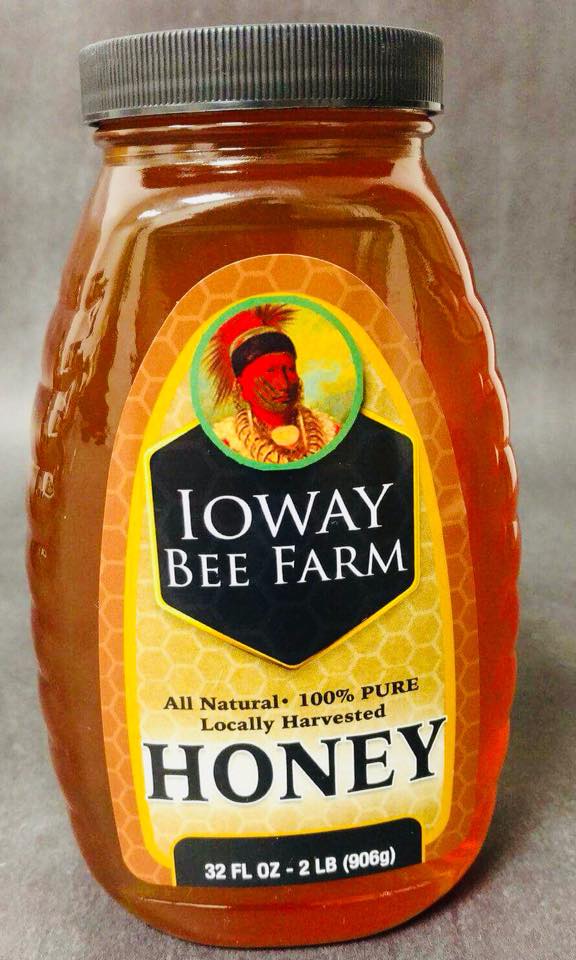 Bees are crucial to their Iowa Farm, the Tribe’s large-scale farming operation that grows corn, soybeans and hemp as cash crops, and alfalfa millet to feed its cattle operation. Lunsford says in the summer he oversees about 70 hives, and allows the bees to rest in the winter as opposed to moving them south to warmer weather. When the honey is ready to be harvested the hives are transported to the packaging facility where the honey is extracted. Careful temperature regulation protects all of the live enzymes and nutrients contained in the raw honey, ensuring the honey retains its many health benefits, Lunsford says.

Ioway Bee Farm products are also used at four country cabins available for rent on the grounds of its White Cloud Casino.

The Casino is named for Chief Mahaska (White Cloud), who signed the 1836 treaty that established the Iowa Tribe of Kansas and Nebraska along the Missouri River between the two states. His portrait is on the labels of Ioway Bee Farms’ products. 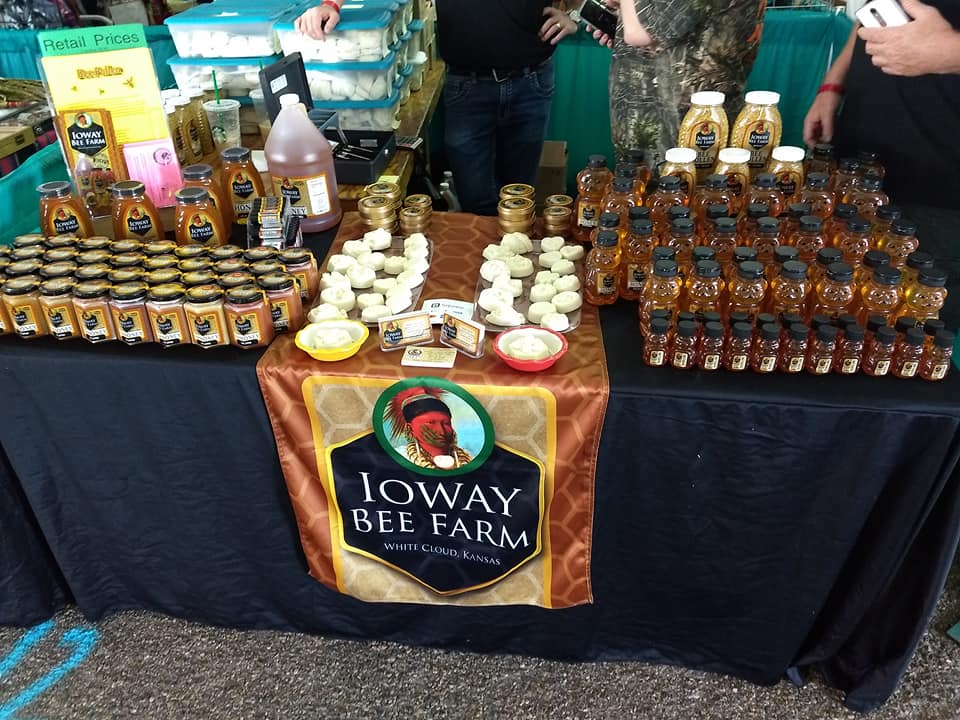 Ioway Bee Farm honey is also sold at events such as the Tribe’s annual Chief White Cloud Rodeo in June, its Fourth of July weekend rodeo and its Baxoje Fall Encampment (powwow) in September. It is also sold online at the Ioway Bee Farm website, as well as at Sweetgrass Trading Company, which is owned and operated by the Winnebago Tribe of Nebraska.

“We’re planning on offering tours of our farms to show how we take care of the land here,” says Lunsford. The Tribe is also creating the 444-acre Iowa Tribe of Kansas and Nebraska National Park along the Missouri River near Rulo. It will be the second tribal national park in the United States, the first being Frog Bay Tribal National Park established by the Red Cliff Band of Lake Superior Chippewa in Wisconsin. Lunsford says he hopes this will increase agritourism and nature-based tourism for his Tribe.

For more information about the Iowa Tribe of Kansas and Nebraska visit iowatribeofkansasandnebraska.com.