Coeur d’Alene’s Old Mission State Park is home to the oldest standing building in Idaho. In 1831 several Northwest tribes sent a delegation to St. Louis to find out more about the blackrobes. Father Pierre-Jean De Smet. S.J., responded to the request and came to the area in 1842.  The current site was chosen in 1846 to build the Mission of the Sacred Heart. The actual building took place between 1850 and 1853 and construction was carried out by Jesuit missionaries and members of the Coeur d’Alene Tribe. 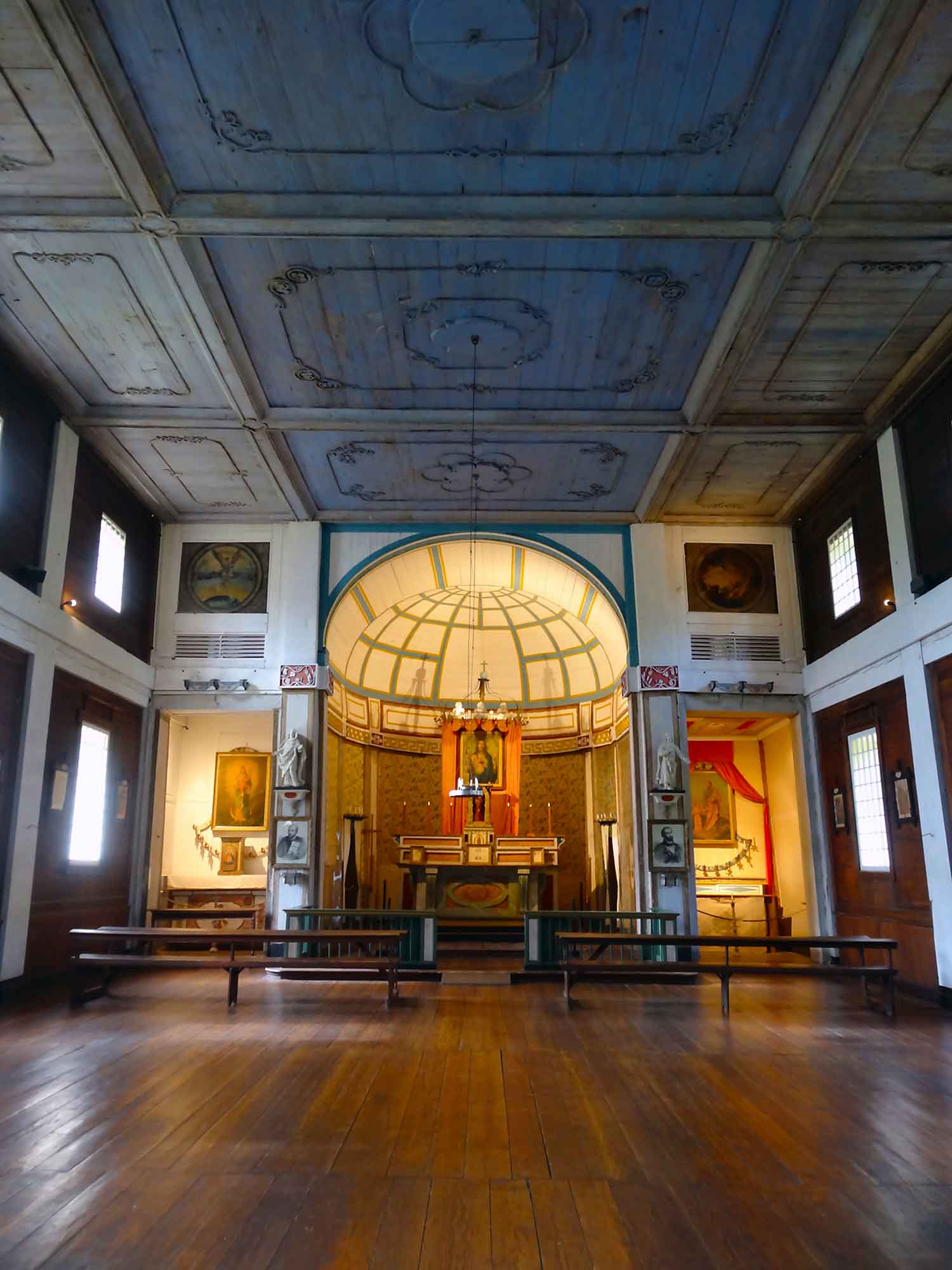 During construction of the Mission building, workers used creative techniques to beautify it. The walls were decorated with fabric bought from the Hudson's Bay Company and hand-painted newspaper from Philadelphia that Italian Jesuit missionary and architect Antonio Ravalli, S.J., had received in the mail. Fr. Ravalli carved both wooden statues by hand with nothing but a knife, and painted them to resemble marble. Tin cans were used to create an idea of chandeliers. The blue coloring of the interior ceiling is not paint, but a stain created by juice of local huckleberries. Another missionary hand carved the ornate ceiling pieces that are pegged into place with glue.

The entire building was constructed without nails using mortise and tennon joints along with wattle and daub. The park also features a restored Parish House, two historic cemeteries, and visitors center. The visitor center includes a gift shop and an award-winning exhibition “Sacred Encounters: Father De Smet and the Indians of the Rocky Mountain West.” The exhibition tells the fascinating story of the Mission, the Tribe and the missionaries.

Nearby Trail of the Coeur d’Alenes, is one of the most spectacular biking trails in the Western United States. The Mission is an excellent place to stop for the day while on the trail.

Listed on the National Register of Historic Places, the Sacred Heart Mission and Coeur d’Alene’s Old Mission State Park provide an educational experience not found anywhere else, giving visitors an opportunity to examine the dynamics and complexities 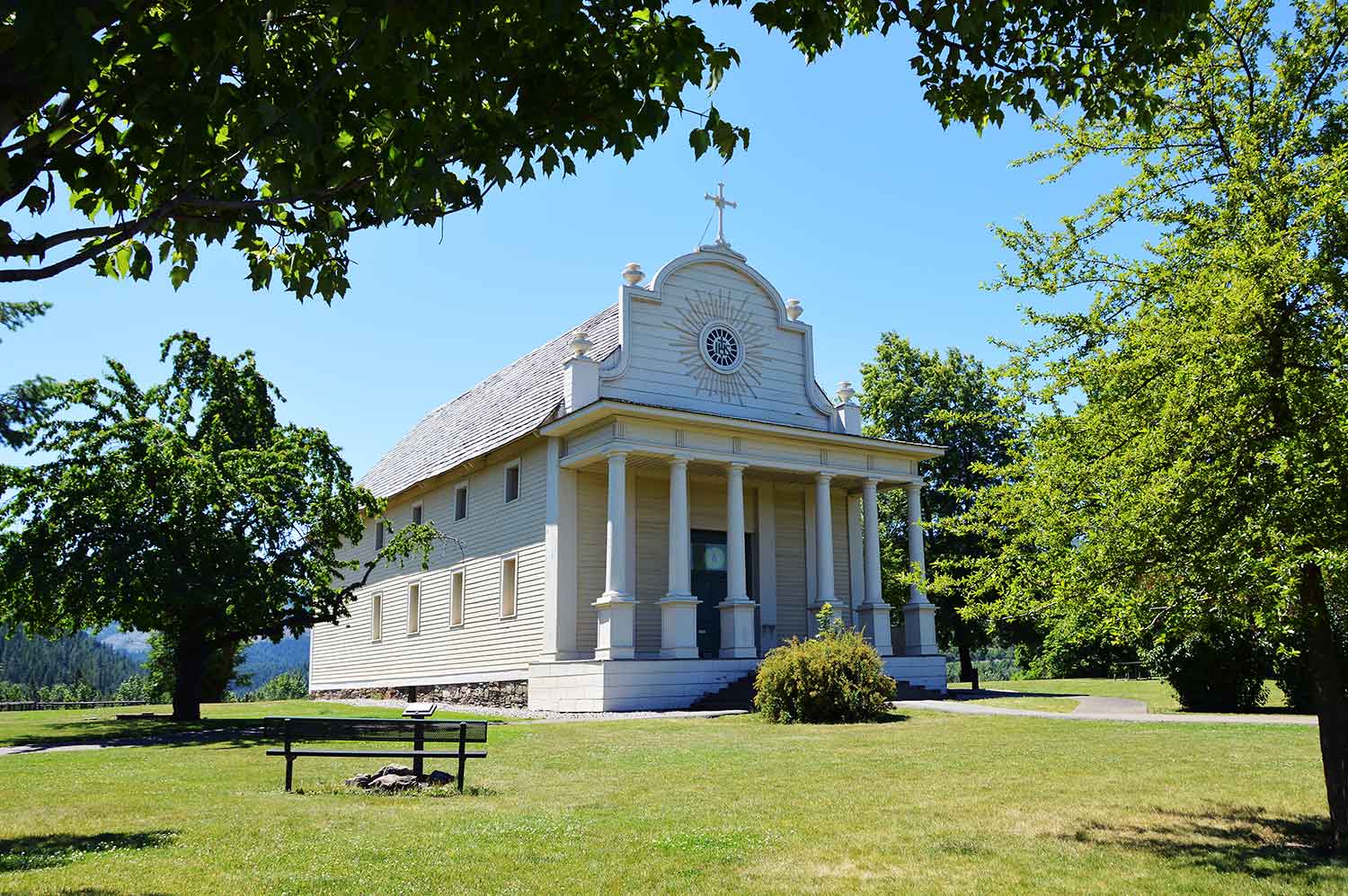 between Jesuit missionaries and Coeur d’Alene Tribe members in a beautiful park setting. The Mission is sometimes referred to as the Cataldo Mission after a well-known Sicilian priest, Joseph Cataldo, S.J., that used the site as his headquarters when he was Superior of the Pacific Northwest. The nearby town of Cataldo was named after him.