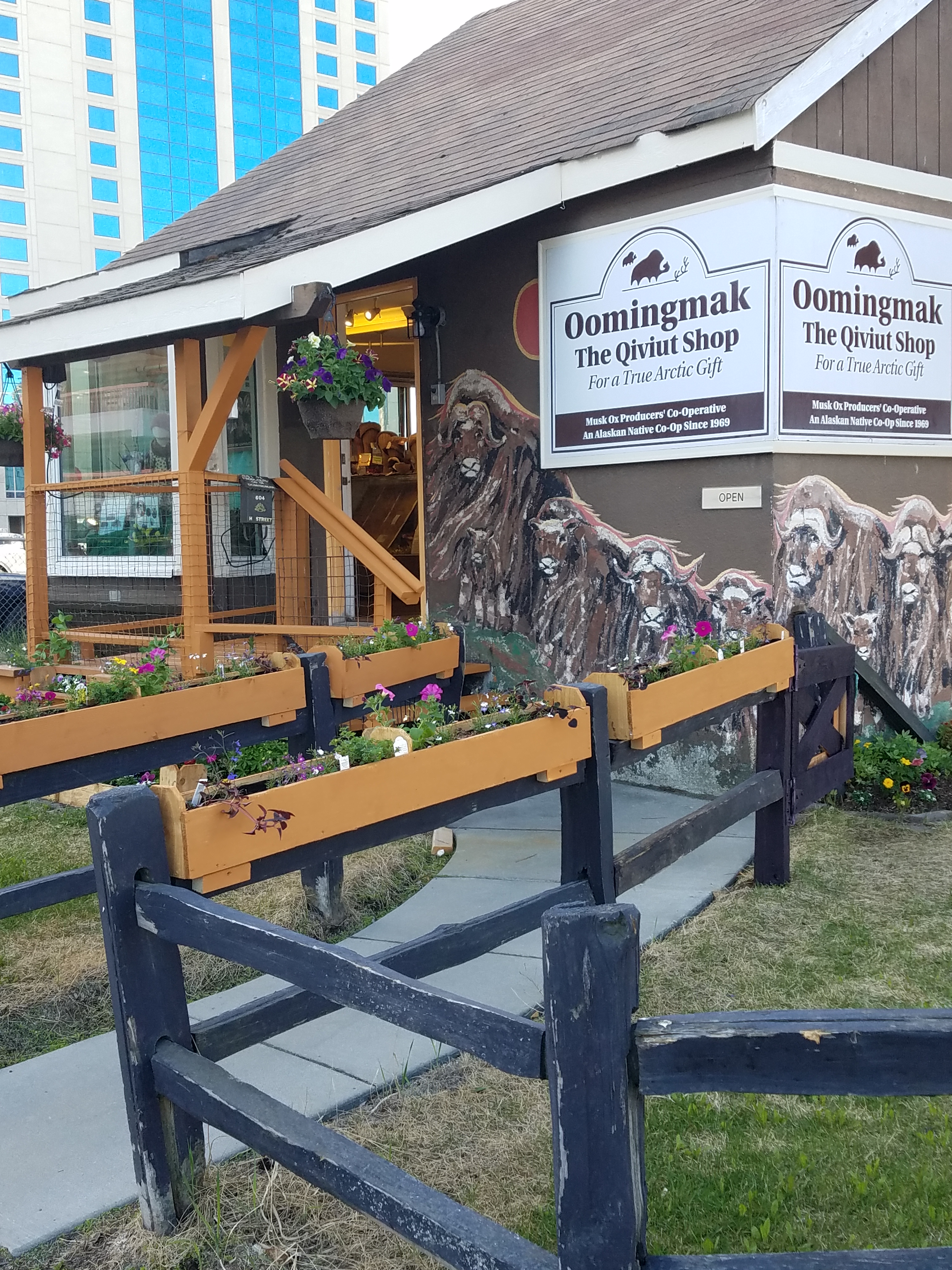 Since 1969, Alaska Native artisans have been turning the undercoats of musk oxen into works of wearable art to be shared with the world.

Oomingmak Musk Ox Producers’ Co-Operative in Anchorage is a business that creates a market for Alaska Native knitters throughout the vast state. Oomingmak provides knitters with qiviut, the undercoat of the artic musk ox. Alaska Native knitters, who collectively own the co-op, turn this extremely warm and light hair into scarves, headbands, hats and other clothing items.

Oomingmak (which means “bearded one,” the Yupik word for musk ox) pays members for their work and sells it to the general public at their downtown Anchorage store and online. 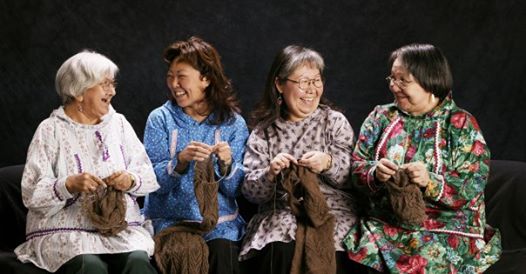 Knitters pay a $2 yearly membership fee for the yarn made of qiviut, which is Yupik for undercoat and is pronounced KI-VEE-UTE. Knitters are paid within a day of the co-op receiving their items, and are also paid a profit-sharing dividend at the end of the year. In this way Oomingmak allows their members to earn income while living in their home villages where other work and income is scarce, says executive director Marie Texter.

“Many of our members live traditionally in remote villages, relying largely on hunting and foraging. Our mission has always been to reach out and help people in rural communities and areas where there’s no jobs available,” Texter says. “And now we’re also paying people who aren’t knitters for collecting qiviut.” 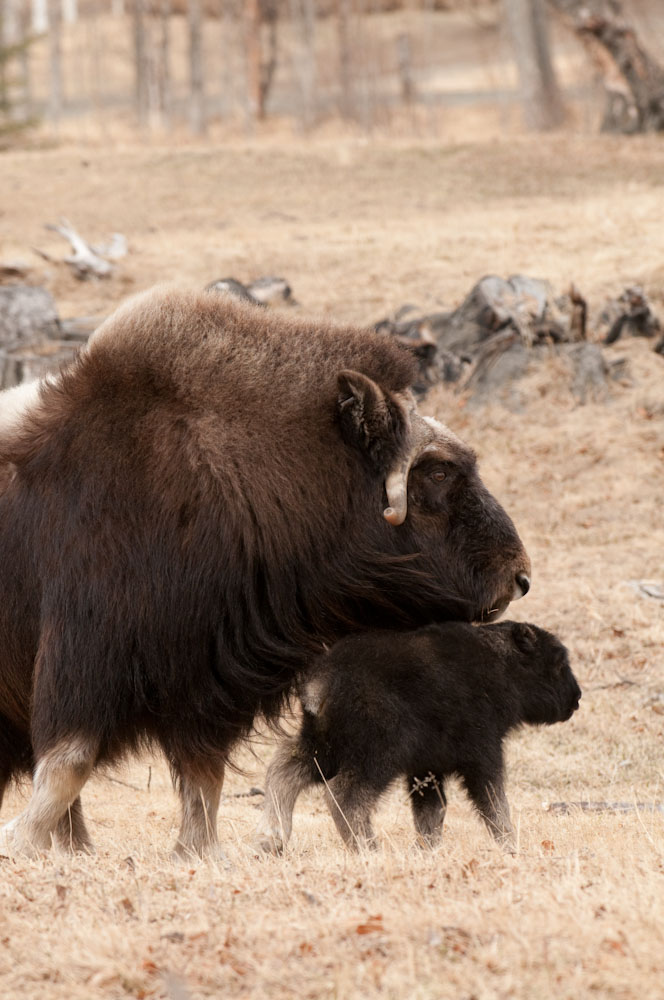 lains that the co-op used to get most of their qiviut from musk ox herds in Fairbanks and Palmer, but that more Native Alaskans are beginning to gather qiviut left by wild musk ox.

“The musk ox have figured out that there aren’t as many predators near humans, so they wander into villages,” Texter says. “People used to just shoo them away, but now they’re driving them through bushes where their qiviut gets snagged. They gather this up and we pay them for it. We’re also purchasing fiber from subsistence hunters who hunt musk ox for their families.”

Knitters are mostly from Yupik villages throughout southwest Alaska, including Mekoryuk, Unalakleet, 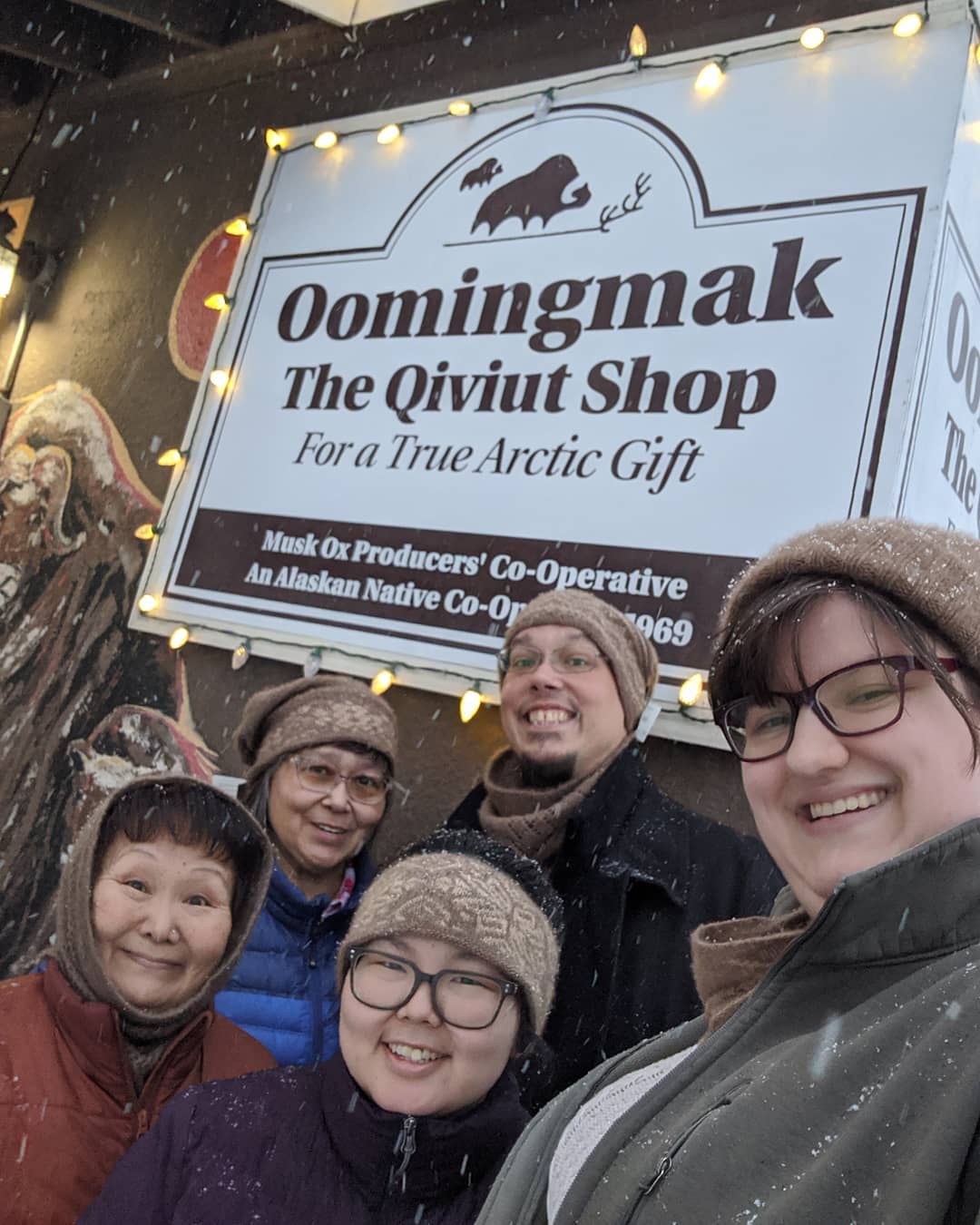 Shishmaref, Bethel, St. Marys and Tooksook Bay. They incorporate their own traditional designs into their work, often using the same family patterns such as harpoons, stars, and seal hunt stories they use in their parka hems and cuffs, says Texter, whose father was from Bethel. Designs found on traditional artifacts are used as well. Customers can also knit their own hat or headband with prepackaged kits.

“Alaska Natives are resilient adapters, and that’s what we’re doing,” Texter says. “We’re happy to still be supporting our artists with this unique renewable resource, and share it with the world now.”

For more information or to purchase online, visit qiviut.com. 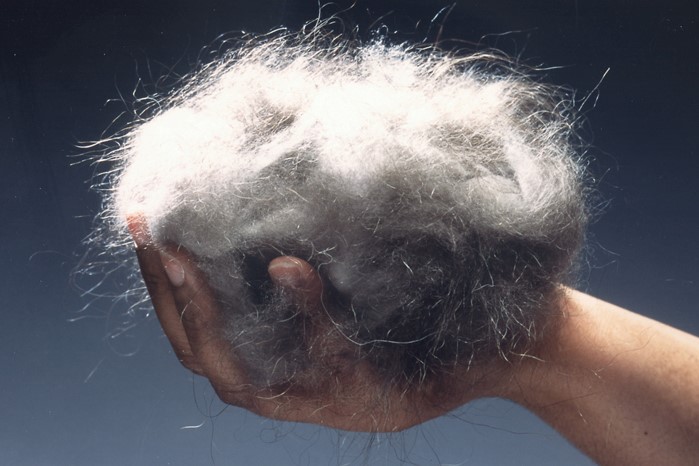 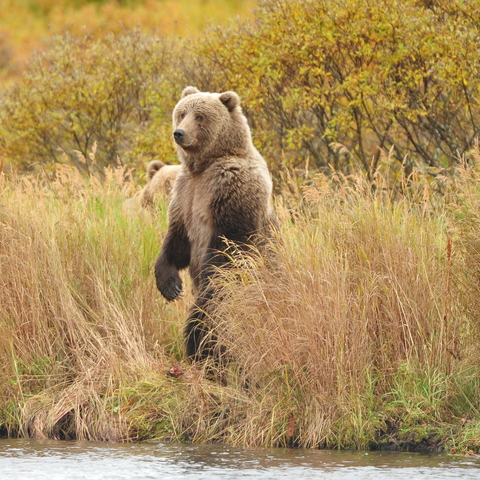