dxʷsəqʷəb, meaning “place of clear salt water” in the Southern Lushootseed language, has been home to the Suquamish people since time immemorial.  It is the ancient place on Agate Passage, the site of Old-Man-House village and the winter home of Chief Seattle; the heart of the Suquamish People.  Suquamish is one of many Indian Tribes in the Pacific Northwest who thrived in their traditional ways of life before the arrival of non-Indians. These expert fisherman, canoe builders and basket weavers have lived in harmony with the lands and waterways along Washington’s Central Puget Sound Region for thousands of years.

Before European contact, the region was one of the most populated centers north of what is now Mexico City. Unlike the larger tribes of British Columbia, Alaska, the Plains and the Southwest, the Indians of the Puget Sound lived in relatively small, autonomous villages. Many Tribes were affiliated through intermarriage, political agreement, trade, material culture and language.

Opened in 2012, the new Suquamish Museum is designed to share the history and traditional ways of the Suquamish People. The facility features two galleries, a performance space, museum store and outside learning areas. The largest gallery houses the new permanent exhibit Ancient Shores – Changing Tides, where seven symbolic design elements illustrate an integrated cultural view of the Suquamish Tribe over time: past, present, and future. Objects and artifacts are owned by the Suquamish Museum; many never before exhibited, and those on loan from Suquamish families and other museums, will engage visitors to learn about the lives and culture of the Suquamish.

The Suquamish Museum is open daily to the public from 10:00 am to 5:00 pm, with admission prices between ($3.00 - $5.00) for kids, adults and elders.  There is no admission charge for Suquamish Tribal Members, Suquamish Government employees and Suquamish Museum ‘Friends’.  Once you finish the Ancient Shore, Changing Tides Exhibit, walk only 5 minutes to Chief Seattle’s Grave site and learn the history of the site and its importance to the Suquamish people and surrounding Tribes.  You can also walk to visit the Suquamish Veterans Memorial site, which honors the Tribes fallen soldiers, warriors, veterans and Tribal members. 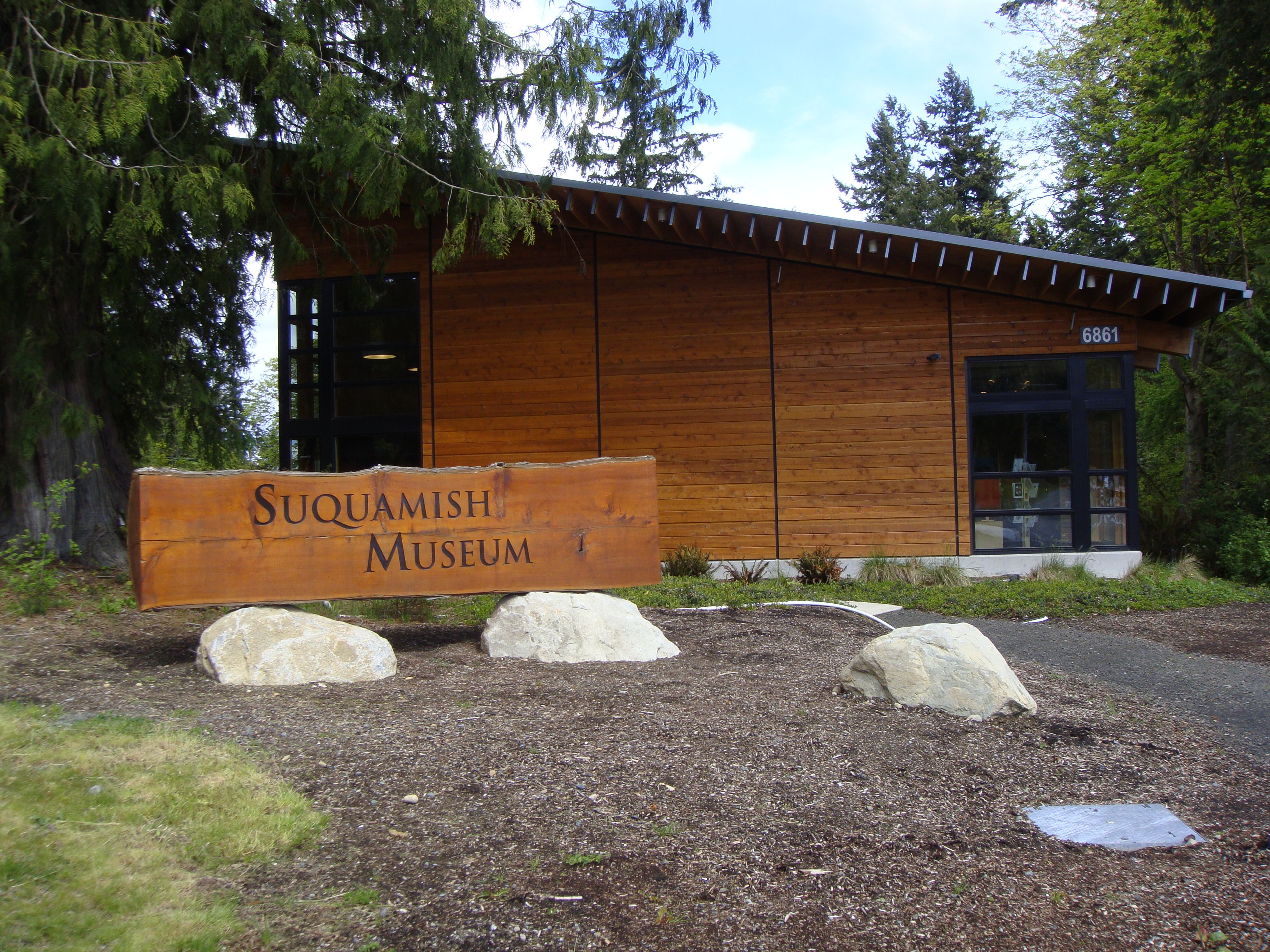 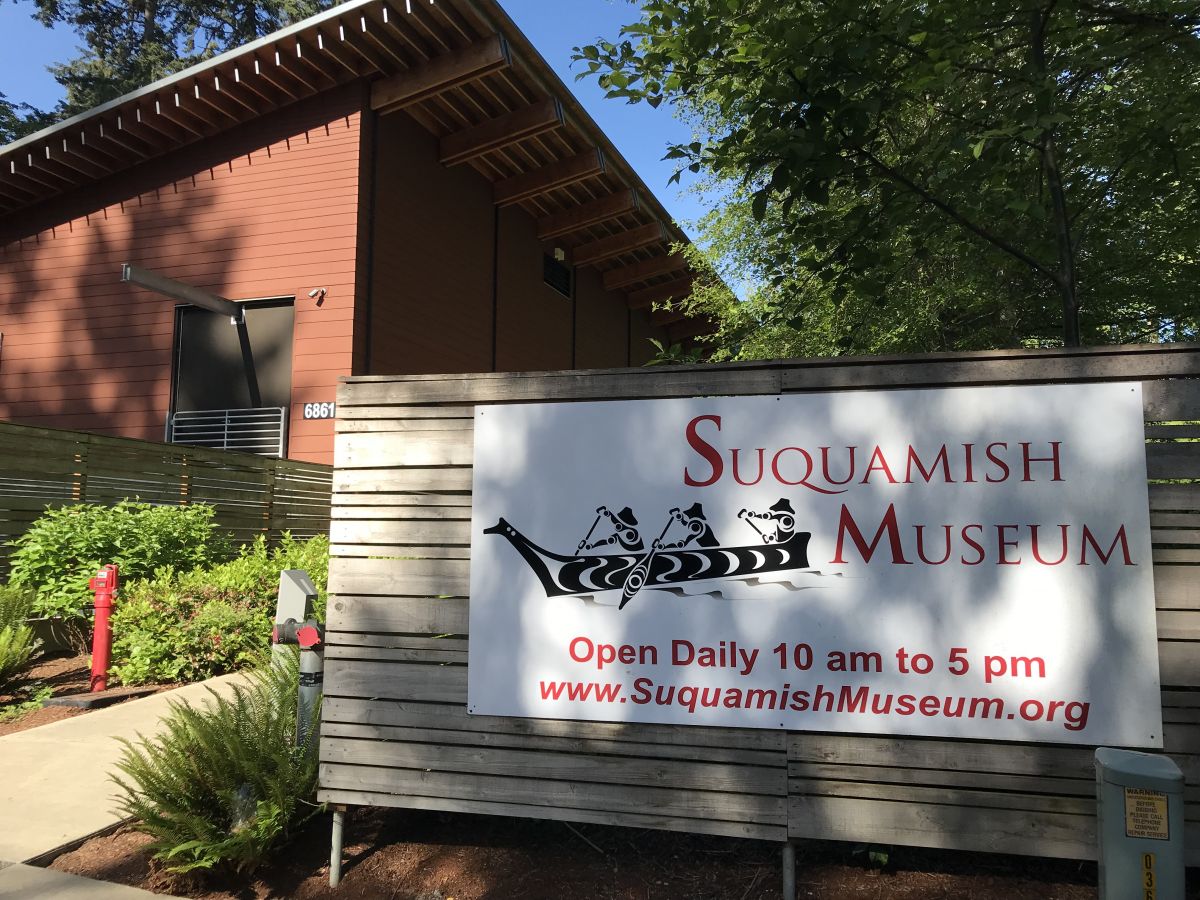 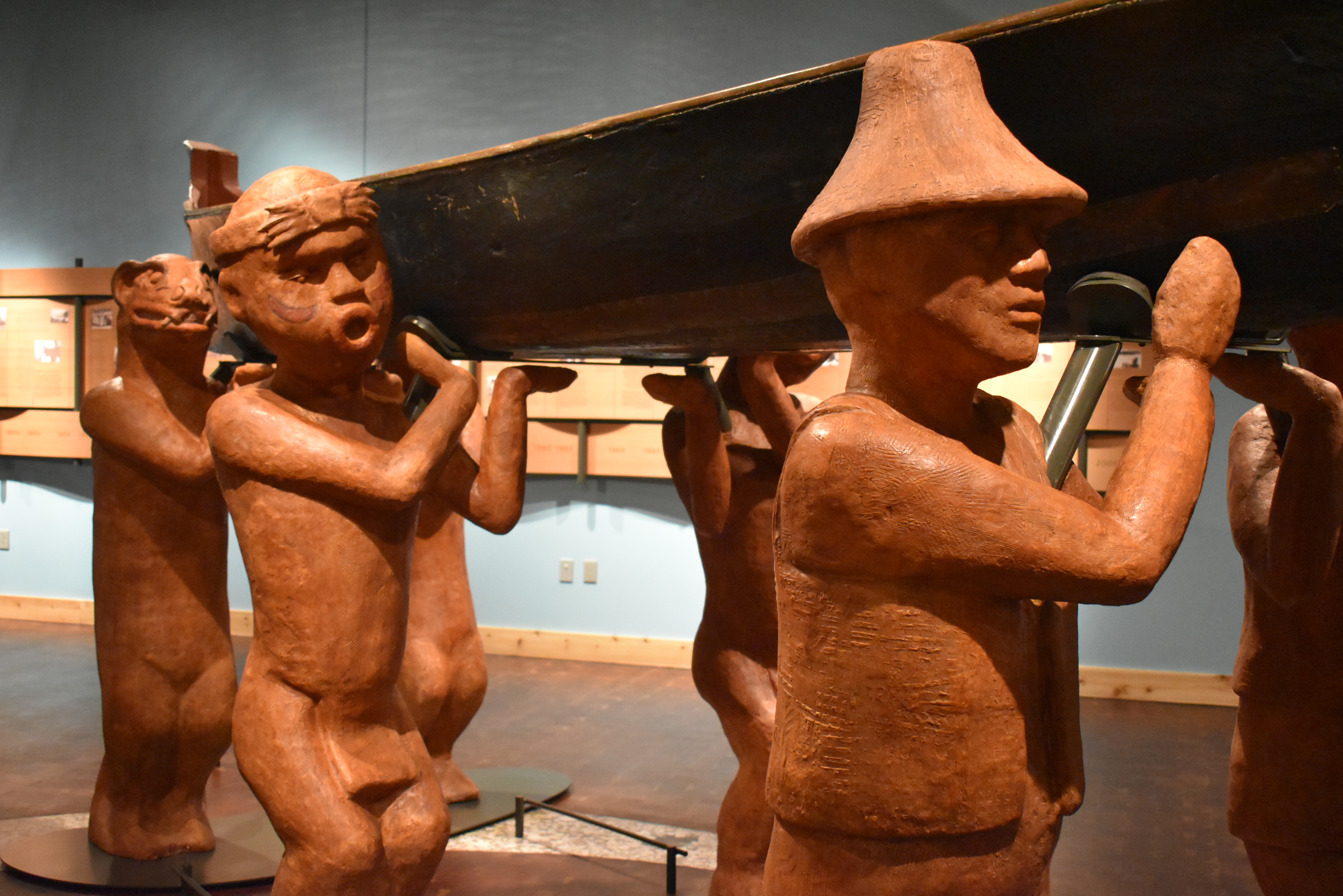 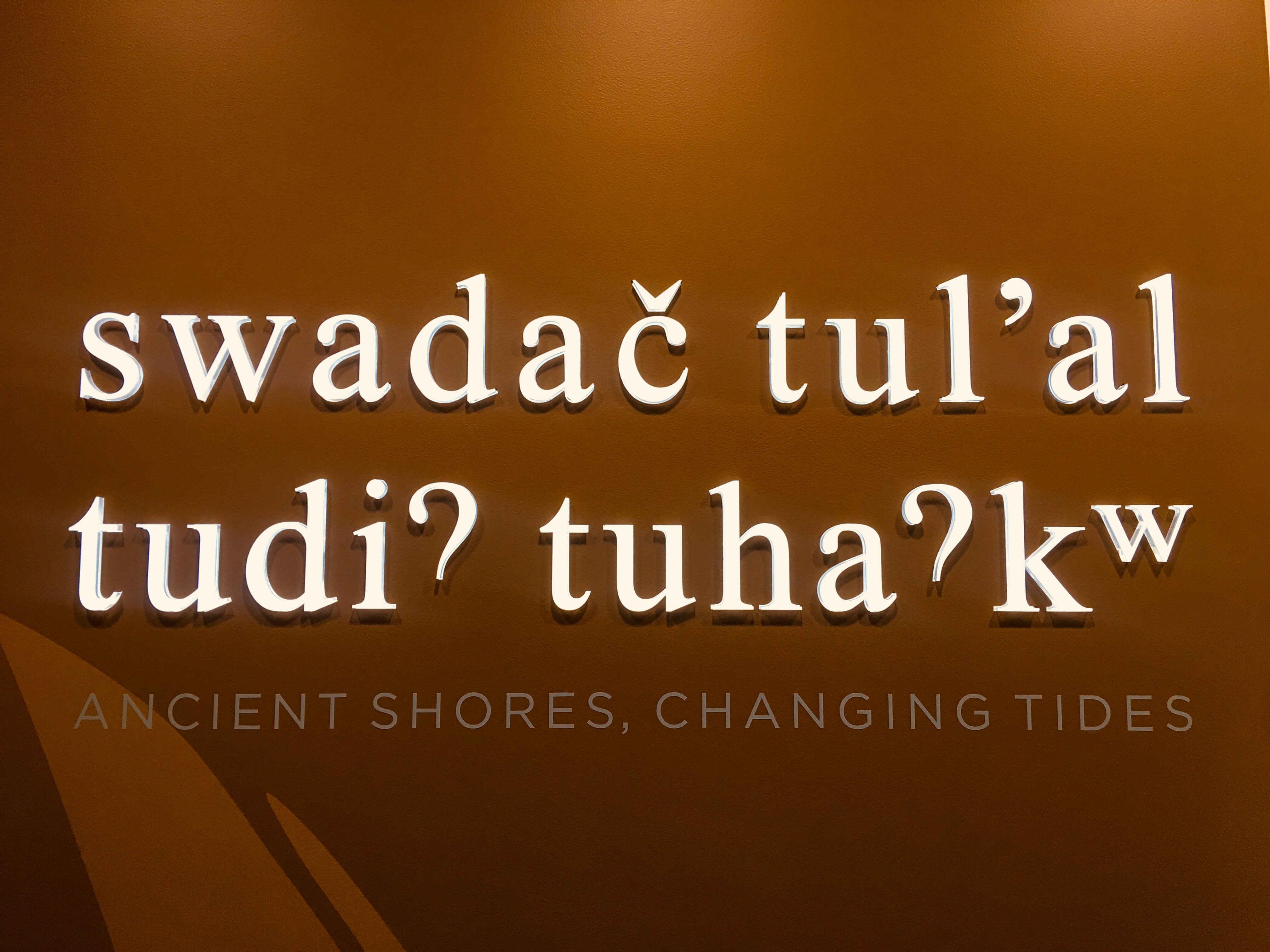 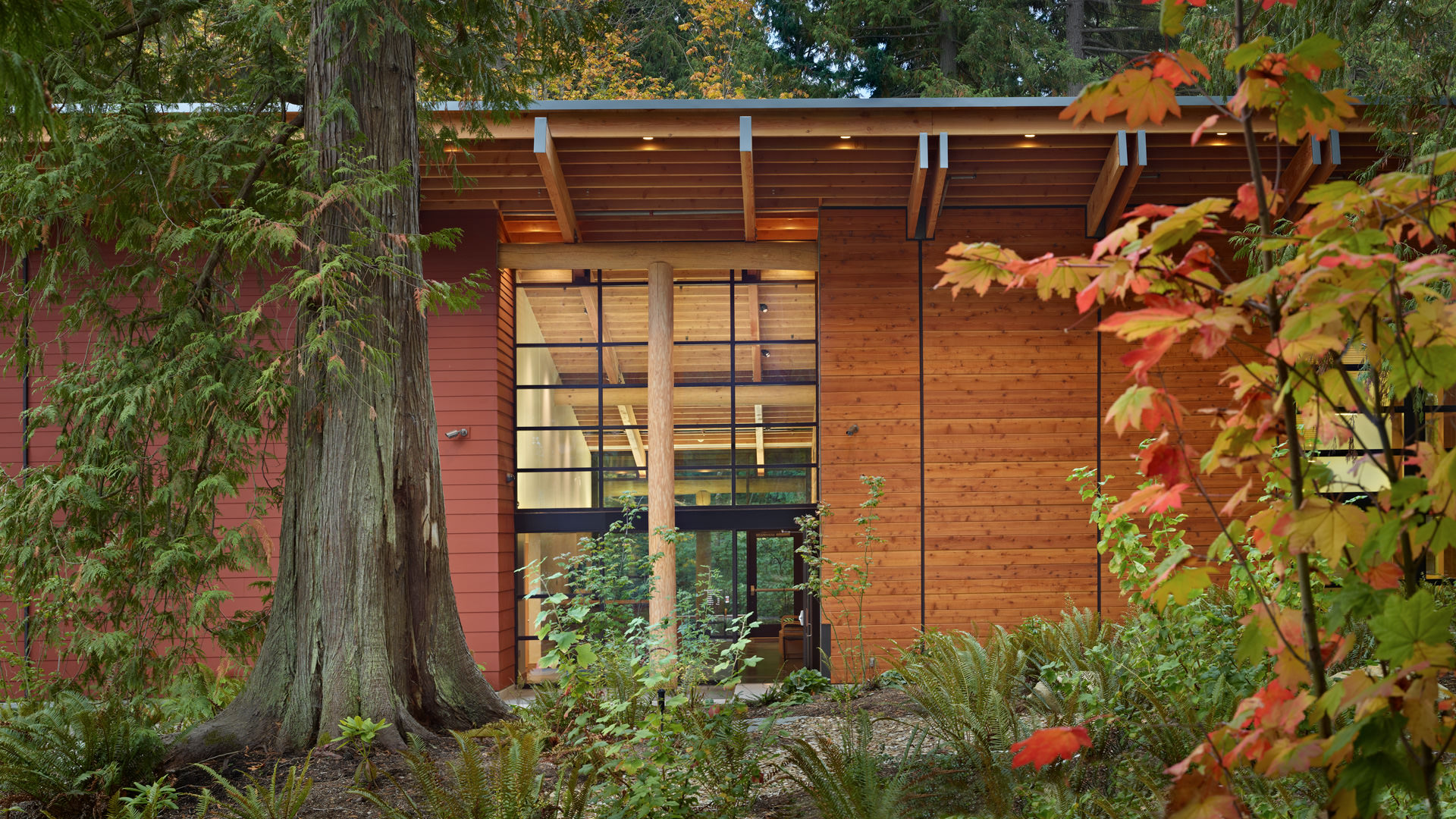 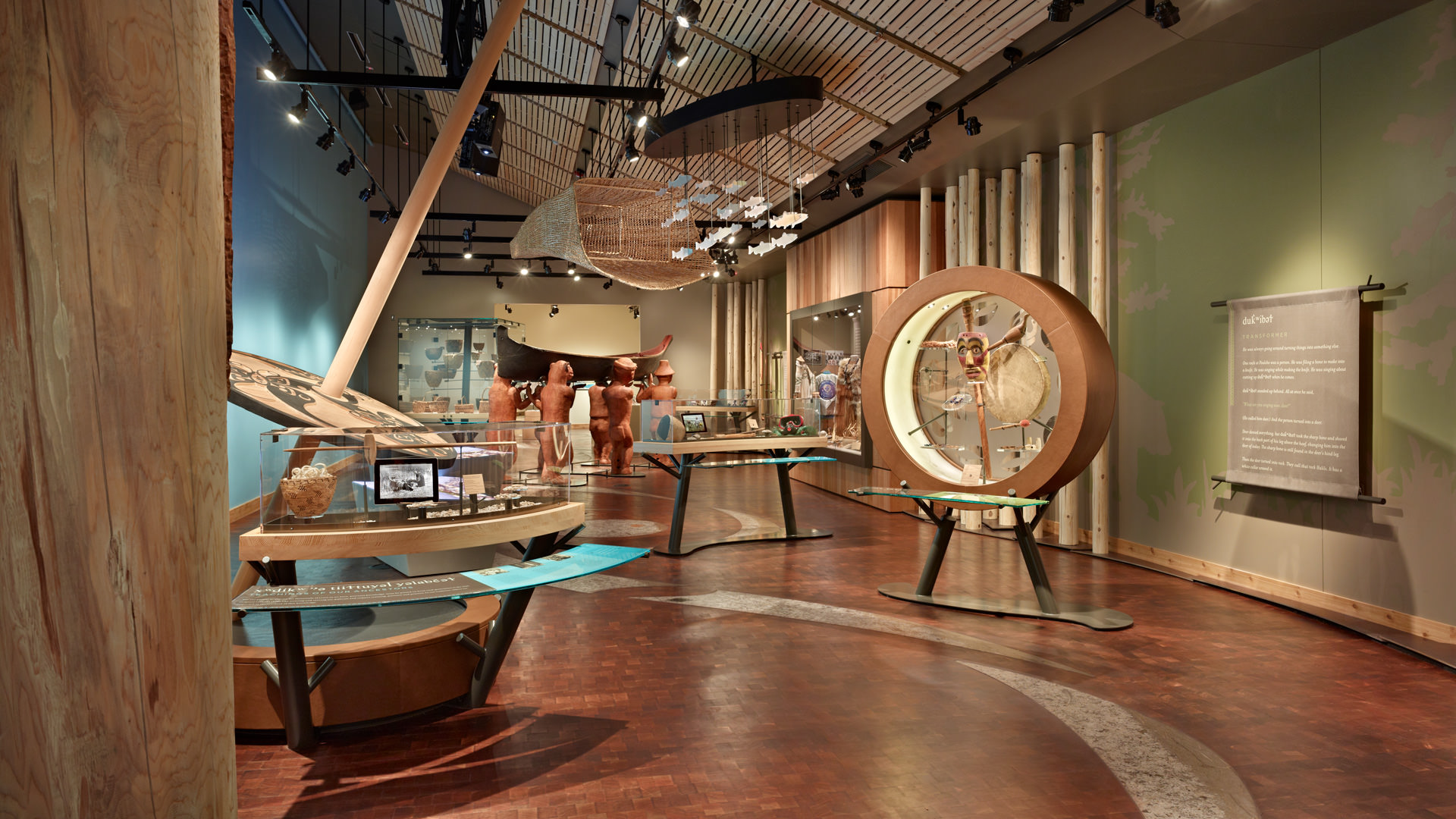 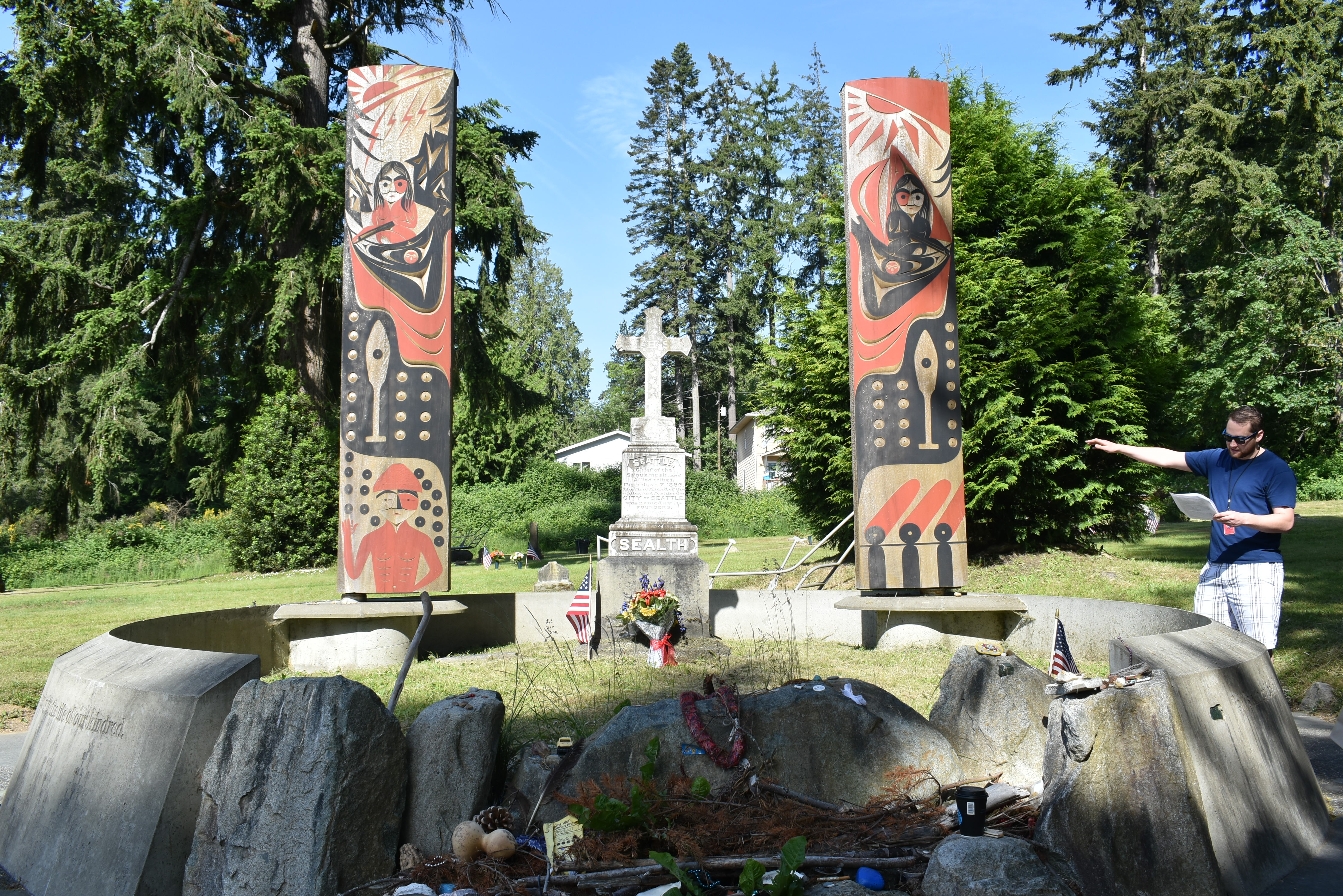