Yocha Dehe Wintun Nation is in northern California’s Yolo County, which borders Sacramento to the east. Yolo comes from the Patwin word Yo-loy, “Place abounding in rushes,” a reminder of the wetlands that used to dot this area. Reeds were woven into baskets to gather the abundant fruit, vegetables and nuts that grew naturally throughout the Capay Valley. Yocha Dehe Wintun Nation are part of the larger Wintun People that includes six other federally recognized tribes in northern California. The Patwin are the southern band of Wintun, and Patwin is also the traditional language of Yocha Dehe Wintun Nation. Wintun have lived in the fertile, rolling hills of the Capay Valley since 500 A.D. In addition to foraging and hunting, fishing for king salmon completed their traditional diet.

The Native People of northern California suffered greatly as Spain, Mexico and later the United States expanded into California with colonization, trapping, ranching and gold mining. New diseases afflicted many of California’s Native American population, including the Wintun. 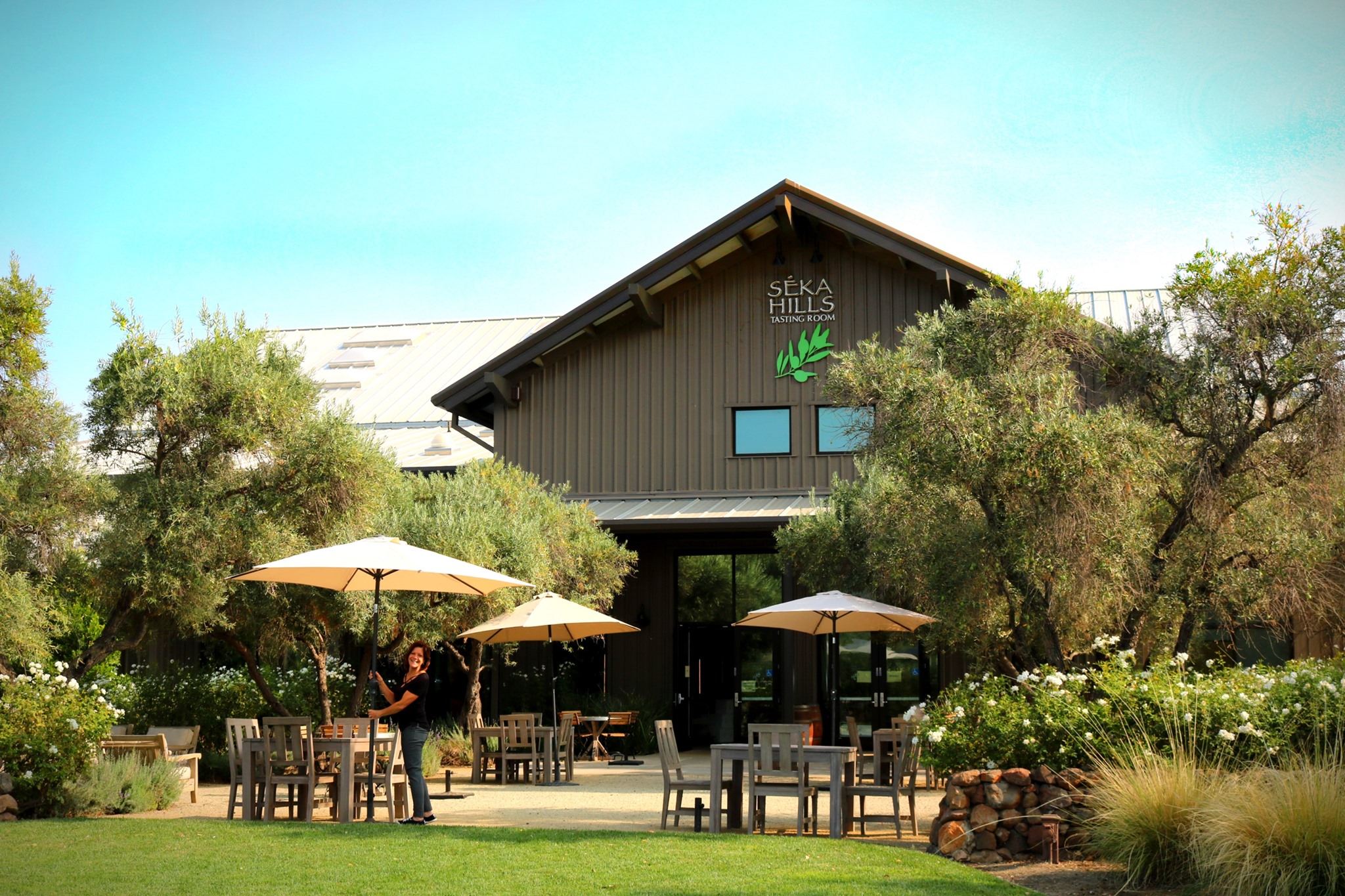 ocha Dehe Wintun Nation were forcibly moved from their village to a reservation in Rumsey, California. Named the Rumsey Indian Rancheria of Wintun Indians of California by the government, this new land was not suited for foraging, agriculture or hunting. The Wintun people faced malnutrition and were solely dependent upon federal government supplies that were much different from their traditional diet.

In 1940, just 33 years after they had been forced from their traditional land, Tribal leadership successfully petitioned the federal government to relocate to a small piece of land within the Tribe’s traditional territory. This 185 acres near Brooks in the Capay Valley enjoyed a Mediterranean-like climate, with summer temperatures rarely breaking into the 90s with cool nights. Cache Creek flows 87-miles from Clear Lake to the west through Yolo County before entering the Sacramento River, providing good irrigation despite having been contaminated by mining in the past. With this fertile land and water source, the Tribe was finally able to grow crops and feed itself. It was still dependent upon the federal government for additional food and services, a vast difference from the self-sufficiency Elders of the Tribe could remember.

But this dependency began to change on July 25, 1985, only 45 years after their move to their new land, when the doors to Cache Creek Indian Bingo & Casino opened. The passing that year of the California Lottery and the federal Indian Gaming Regulatory Act allowed Tribal Nations to enter into gaming operations, and Yocha Dehe Wintun Nation took full advantage. Located on the Tribe’s land in Brooks about an hour’s drive west of Sacramento, the bingo hall almost immediately began to bring in revenue at levels the Tribe had never dreamed of. Cache Creek became the largest and most successful casino in northern California.

Thanks to this revenue, in 2004 the Yocha Dehe Wintun Nation added a $200 million resort and renamed the complex the Cache Creek Casino Resort. This new resort included 200 guest rooms, 10 restaurants, the 700-seat Club 88, a 20,000-square-foot event center, a spa, an outdoor pool, an 18-hole championship golf course and a convenience store.  Ongoing as of 2020, 459 additional guest rooms are being added as is an event center, a new restaurant, meeting spaces and a second resort-style pool.

Back to the Land

So why would a wealthy Tribe of fewer than 100 members want to venture into farming, a notoriously capricious industry? 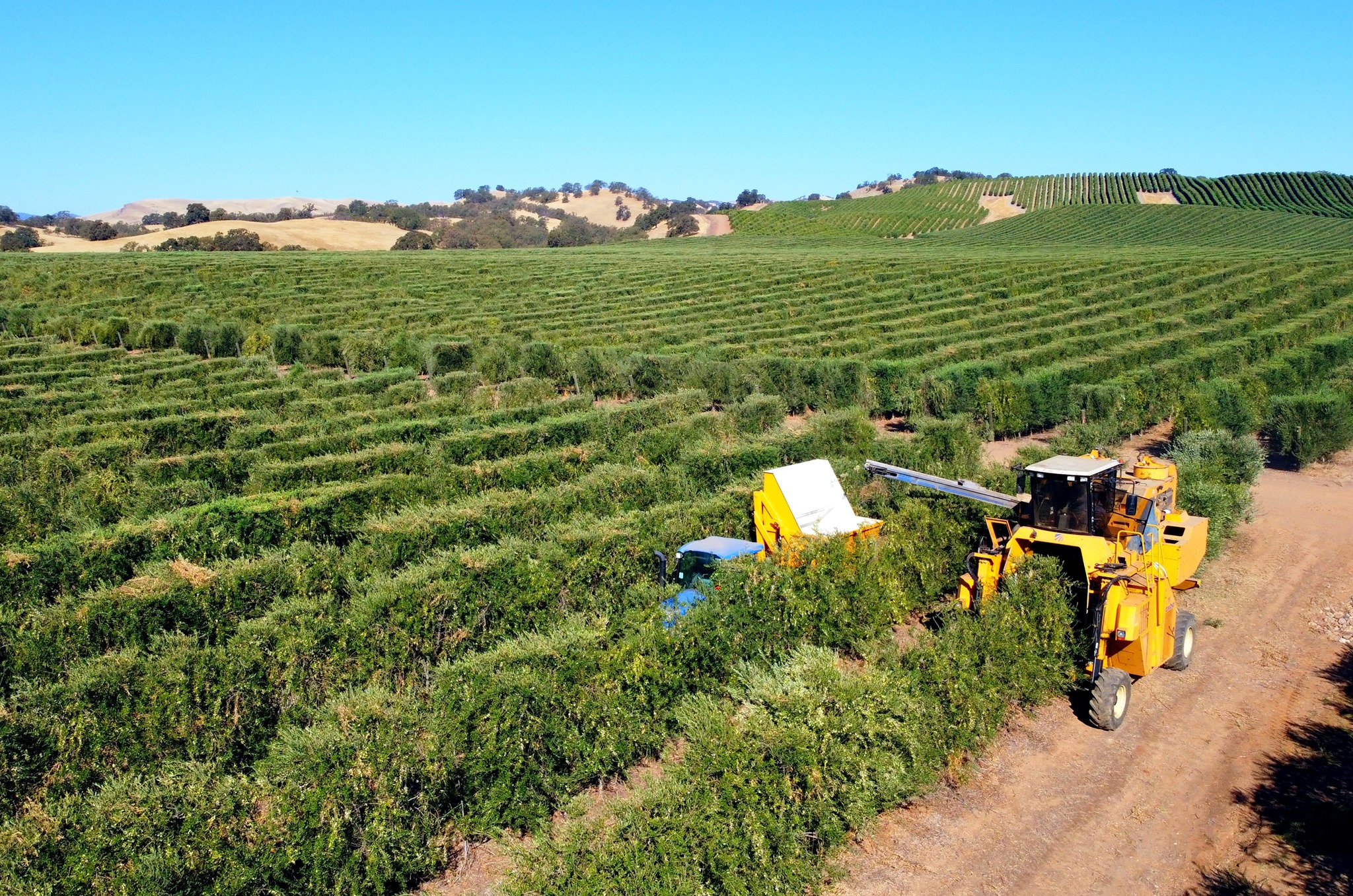 “For centuries this land has sustained and supported the forebearers of the Yocha Dehe Wintun Nation,” says Ben Deci, the public information officer for the Tribe. “One of the Tribe’s concerns all along has been to continue a connection to this land and protect this land, and one of the best ways to do that in practice is through agriculture. The Tribe has taken care of the land, and the land is taking care of the Tribe.”

Thanks to gaming revenue, the Tribe has been able to purchase thousands of acres of its traditional range. More than 22,000 acres of its Capay Valley land has been devoted to agriculture and conservation. Of that, 3,000 acres are being farmed, and more than 1,200 acres are in permanent conservation easements. Crops being grown, harvested and sold by the Tribe include alfalfa, almonds, oat hay, ryegrass, safflower, garbanzo beans, sunflowers, sorghum, walnuts and wheat. Asparagus, tomatoes and squash are planted on 250 acres dedicated to organic growing, and 800 head of cattle are raised on 10,000 acres of rangeland. Wine vineyards originally placed around the golf course for aesthetics are producing several varietals of wine. But it’s olives that drive Yocha Dehe Wintun Nation’s agritourism. More than 3,000 olive trees are planted on 550 acres, and the Tribe takes great pride in making some the finest extra virgin olive oil in the world.

The Yocha Dehe Wintun Nation is at the same latitude as southern Italy and Greece, and shares a similar climate. This makes the Capay Valley perfect for growing a variety of crops, but the Tribe had 82 acres that were classified as Class 3, “Severe limitations that reduce the choice of plants or require special conservation practices, or both,” by the USDA. However, after working with an agricultural team from the University of California, it was determined that this dry acreage would be perfect for olive trees. In 2008, Arbequina olive trees were planted on this initial 82 acres, and the Tribe harvested its first crop in 2011.

Tribal Chairman Marshall McKay at the time cited recent reports about the poor quality of olive oil–if it was even olive oil–being sold in the U.S. and saw a market for a product for which the Tribe was ideally suited to grow. The olive oil made from that first 2011 crop sold out. Wanting to completely control the quality of 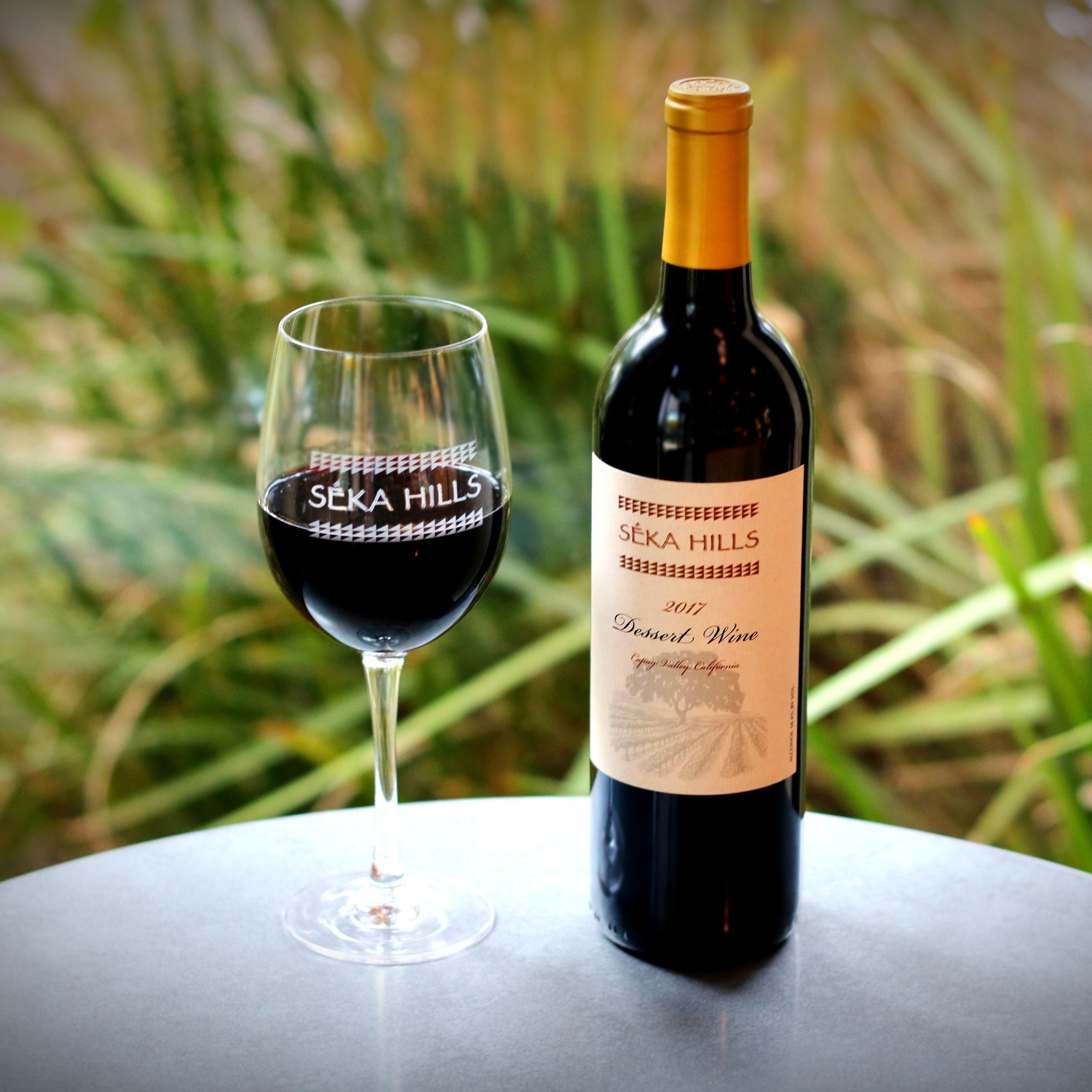 their in-demand olive oil, the Tribe invested in a state-of-the-art olive mill that was imported from Italy and operational for the 2012 season.

The Tribe could now produce extra virgin olive oil within hours of picking the olives, producing some of the nation’s freshest, awarding-winning estate olive oil that earned gold medals at the 2020 Good Food Foundation Awards competition for its Picual Extra Virgin Olive Oil and 2020 California Olive Oil Council Extra Virgin Olive Oil Competition for its Estate Grown Taggiasca, among other honors. Picual, Frantoio, Taggiasca and Coratina olive trees produce a variety of flavor profiles for which the Tribe is known. The Tribe strives for an overall zero-waste stream, and wastewater is used for irrigation and olive pulp helps feed the Tribes cattle herd.

This success and return to the land inspired the Tribe to do something else. When the Tribe was interned in 1907 away from its traditional lands, the federal government named the Tribe the Rumsey Band of Wintun Indians. As the Tribe reclaimed its heritage and identity through agriculture, in 2009 it successfully petitioned to change its name to the Yocha Dehe Wintun Nation. Yocha Dehe in the Tribe’s traditional Patwin language means 'Home by the Spring Water,' which is what its ancestral village in the Capay Valley was called. The Yocha Dehe Wintun Nation has returned home, and literally planted roots to reclaim its rich heritage.

In 2012, the Tribe fully entered into agritourism with the opening of its Séka Hills Tasting Room. Séka is the Patwin word for “blue,” a nod to the rolling hills of their land that can appear blue in the distance, depending on the humidity.

The 14,000 square-foot facility showcases its Alfa Laval olive oil mill imported from Florence, and guests can watch through large observation windows the process of pressing perfectly ripened olives to extract certified extra virgin olive oil, renowned for its flavor and health benefits such as being rich in antioxidants. Guided tours of the mill and olive-oil making process are offered as well.

“Our guides go through the entire process from growing olives to making our award-winning extra virgin olive oils,” says Christopher Gates, marketing manager for Yocha Dehe Farm and Ranch. “But they also tell the story of the Yocha Dehe Wintun Nation, the Tribe’s connection to the land and all they have gone through to be here. We are able to share the Tribe’s story through what we’ve grown on this land.”

The tasting room itself is a tasteful space of reclaimed barn wood, accent lighting and an olive-tree shaded patio with lavender plants that looks out to olive groves and the rolling hills of the Capay Valley. Meeting space is available for private events. Light fare is served including cheese and charcuterie boards, salads and sandwiches using ingredients farmed by the Tribe such as Séka Hill heirloom tomatoes and, of course, Séka Hills olive oil.

“During our olive oil tastings we help guests appreciate our different olive oils the way one would taste wine,” Gates says. “When you slurp olive oil you can taste pepper and spices, depending on the type of olive. Fresh, extra virgin olive oil can be as complex as any wine. It’s our land in those flavors, too.”

The Tribe has another tasting room in Clarksburg, minutes from downtown Sacramento, called the Tasting Room at the Old Sugar Mill. At both tasting rooms, the Yocha Dehe Golf Club and two gift shops at the Tribe’s resort, other Yocha Dehe Wintun Nation agricultural products are sold as well. 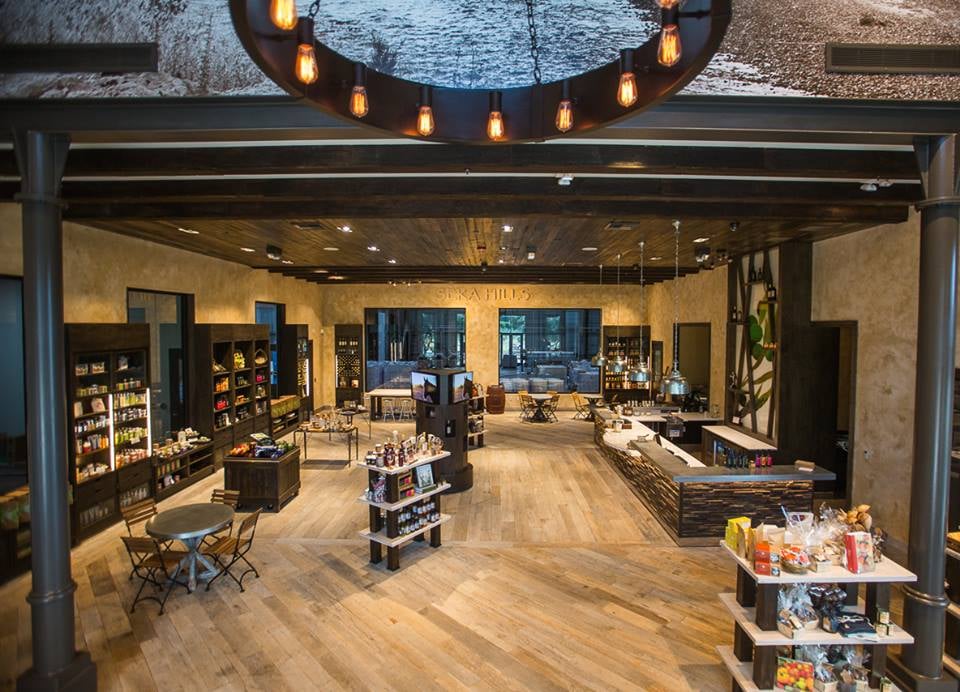 Wildflower honey is produced by bees that pollinate the Tribe’s thousands of acres of crops. In addition to olive trees, almond and walnut trees produce nuts that are used to make Cinnamon Glazed Almonds, Chocolate Toffee Almonds, Garlic and Herb Almonds as well as all-natural almonds and walnuts. Séka Hills Beef Jerky is made from the Tribes cattle herd, Séka Hills Hummus is made from its garbanzo bean crop, and it's Séka Hills Pickled Asparagus is a local favorite. Séka Hills Balsamic Vinegar pairs perfectly with its extra virgin olive oil and is made from grapes that are also used to make Séka Hills Wine.

While Yocha Dehe Wintun Nation considers its olive oil to be its signature product, its grapes make nine varietals worthy of northern California. Grown and harvested at Yocha Dehe Wintun Nation and sent to wine-makers off-site, Viognier, Sauvignon Blanc, Syrah are among the varietals that were originally planted as landscaping for the Yocha Dehe Golf Club. It was soon realized, however, that the vineyard was producing exceptional wine grapes, and the Tribe created its Séka Hills wine label. Its Tuluk’a, Viognier, Syrah, Tribal Reserve are some of the Séka Hills wines served in the Tribe’s casino restaurants and tasting rooms and offered online.