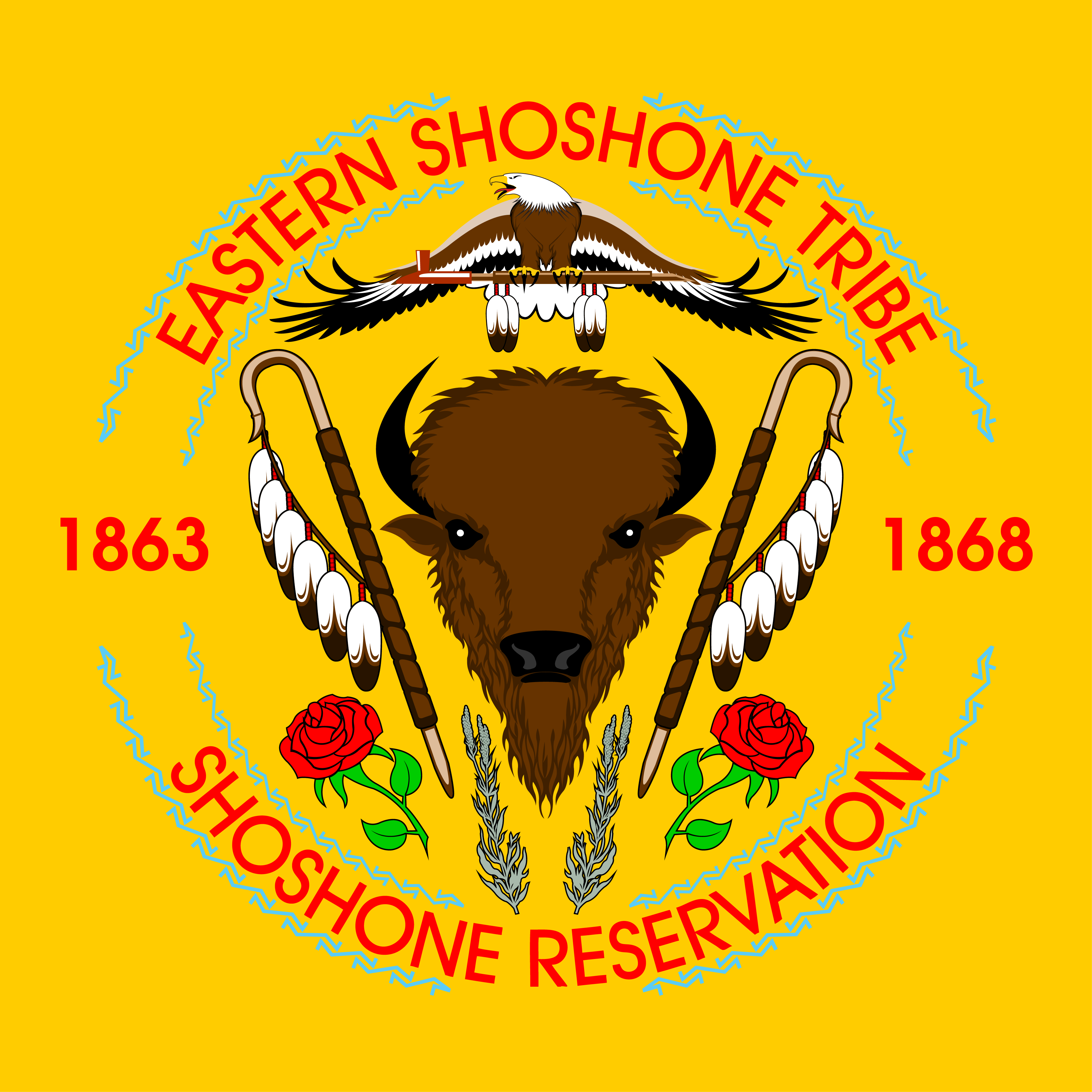 The Eastern Shoshone Tribe lived in the Wind River mountain range and its environs for some 12,000 years. Today, they live on the Wind River Indian Reservation with the Northern Arapaho Tribe in central Wyoming. The Eastern Shoshone are known for their Plains horse culture. They acquired the horse in 1700 and it completely changed their lifestyles. They became proficient hunters thus they became fierce warriors. In 1868, Shoshone Chief Washakie signed the Fort Bridger Treaty that reserved 3.5 million acres in western Wyoming for the exclusive use of the Eastern Shoshone Tribe. Ten years later the federal government moved the landless Northern Arapaho Tribe onto the WRIR. Years passed and the U.S. Government chipped away at the reservation several times.

Today, the Shoshone Tribe has successfully reintroduced a thriving buffalo herd to their lands thanks to a cooperative effort between the National Wildlife Foundation, US Fish and Wildlife Service and a first-ever, tribal government-to-tribal government bison transfer with the Fort Peck Tribes. Reverend Roberts, the Episcopal Missionary who spent 66 years with the Shoshone and Arapaho people documented the last buffalo taken within the WRIR by members of either tribe occurred in 1885. Buffalo bones, skulls and even the relict wallows that buffalo created can still be found around areas of the WRIR. Buffalo remain spiritually and culturally important to the Eastern Shoshone as each part of the animal can be used in some way. Buffalo also increases biodiversity by benefitting many other organisms on the landscape such as, insects, butterflies, reptiles, and culturally important plants and mammals. Certain bird species benefit from buffalo that are listed as a species of concern by the US Fish and Wildlife Service, such as the ferruginous hawk, the mountain plover and the burrowing owl. The Shoshone Tribal Buffalo Representative Jason Baldes provides educational presentations to schools, students, community members and tourists that are interested. Please contact Jason at 307-231-4299 or at jason.baldes@gmail.com.

The Eastern Shoshone Tribal Cultural Center is located inside the tribal school library in Fort Washakie where visitors can learn about Shoshone culture and history, including Chief Washakie and Sacajawea. See artifacts, artwork, photographs, maps and treaties.

You can stay at the Shoshone Rose Casino & Hotel in Lander. Dining options include the Deka-Guy Hee restaurant and Snack Bar.

Wyoming’s largest powwow and traditional celebration, the Eastern Shoshone Indian Days and Pow Wow, is held in June at the Fort Washakie powwow grounds every year.