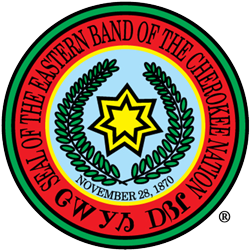 The Eastern Band of Cherokee

The Eastern Band of Cherokee Information

A culture, a people, and a place that's actually a sovereign nation, Cherokee is located right in the heart of Western North Carolina. It's also base camp for hiking in the Great Smokies, arts and crafts shopping, native elk herd viewing, hours of fishing fun, and home to a history that spans millennia. It might happen on a mud-spattering romp through the nearby Great Smoky Mountains. Or while hearing the Creation legend in the Museum of the Cherokee Indian. You'll be having fun in Cherokee, relaxing, and suddenly, you're a little more in tune with the natural world. With just one visit to something as profound as the outdoor drama "Unto These Hills," you can't help but look at things a little differently. And you'll certainly have more fun.

How will Cherokee affect you? Plan. Play. Visit. And discover. A virtual treasure trove of outdoorsy fun awaits in Cherokee. Activities gain new dimensions as you become aware of their origins, steeped in a vibrant cultural heritage. For instance, if you enjoy birding, you may never see the cardinal in the same way after learning about the legend of how it got its scarlet color-just as you may observe in a new way the copper lines in the ancient boulders along the banks of the Oconaluftee where you may be fishing, tubing, or kayaking. Did you know that the wolf showed the cardinal those copper lines to paint herself with after she pecked the mud from his eyes? These are stories you and your fellow travelers will learn as you explore Cherokee. Nostalgic shops offering blowguns and tomahawks, comfy motor lodges, family fun parks, and petting zoos can all be found in downtown Cherokee, NC. If you're looking for something extraordinary, consider playing Sequoyah National Golf Club's 18-hole course designed by Robert Trent Jones II, then staying at Harrah's Cherokee Casino Resort.

Cherokees begin a story the way their people have for generations. It's only fitting to start the story of the Eastern Band of Cherokee Indians the same way. The Cherokees were hunters and gatherers, foraging the Great Smoky Mountains and the lowlands of the Southern Appalachians for food while hunting, fishing, and trapping game. By 2000 BC, Cherokee culture had spread over hundreds of miles of mountains, governed by their clan system and town leaders. They passed on their history and religious beliefs through storytelling, ceremonies, and dances. Their agriculture, medicine, and spirituality sustained them. The Cherokee tribe was one of the largest tribes in the southeastern United States and controlled a vast land base.

Strangers In 1540, Spanish explorer and conquistador Hernando de Soto came through here looking for gold, demanding food, fighting, enslaving-despite what you may have heard, he wasn't a great guy. Worse were the diseases that came with him. Lacking the immunity to combat them, indigenous peoples were nearly eradicated, victim to plagues such as smallpox, measles, and influenza. Nevertheless, the Cherokee people continued to work through diplomacy with the newcomers for the next two hundred years. By the early 18th century, 75 percent of Cherokee land had been lost through treaties with England and America. Encroachment by settlers forced the Cherokees to fight for their territory through statesmanship with both the new American government and with colonial powers.

19th century brings tears. Gold was discovered in Georgia in 1828, leading to America's first gold rush and shifting the entire perception of the region. Peace made alliances irrelevant and mounting pressure from land speculators made the Cherokee an inconvenience. In 1830 Andrew Jackson signed the Indian Removal Act offering territory out west in exchange for the Cherokee people's homeland. Five years later came the Treaty of New Echota, which ceded to the federal government most of the Cherokee lands east of the Mississippi, resulting in what is now referred to as the "Trail of Tears." 16,000 Cherokees were gathered, dispossessed and made to walk six months, 1,200 miles west. Roughly 4,000 Cherokees died, succumbing to hunger, disease, exposure, or exhaustion. The North Carolina Cherokees worked against expatriation. Along with other Cherokees who escaped removal or who came back, the group established the Eastern Band of Cherokee Indians.

The Renaissance Today's Eastern Band of Cherokee Indians stands strong and healthy. The success of Harrah's Cherokee Casino Resort has provided important income for enrolled members and draws millions of visitors to Cherokee annually. Cherokee's economic vitality can be seen across the Qualla Boundary, and ground will soon be broken on a new hospital. As the tribe looks out into the 21st century, its bright future emanates a light for other tribes to follow.

The Eastern Band of Cherokee

The Eastern Band of Cherokee Experiences 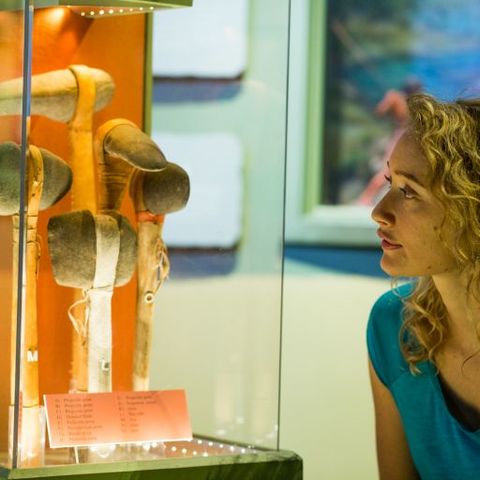 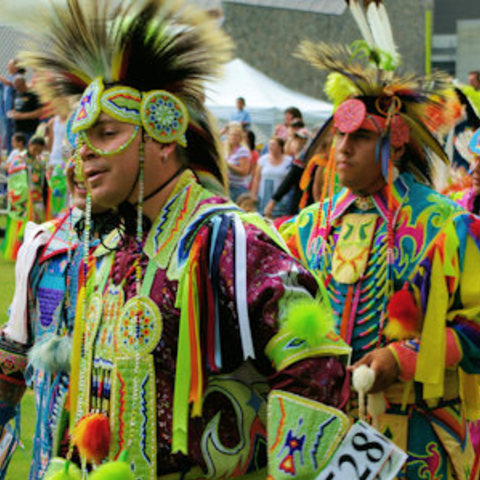 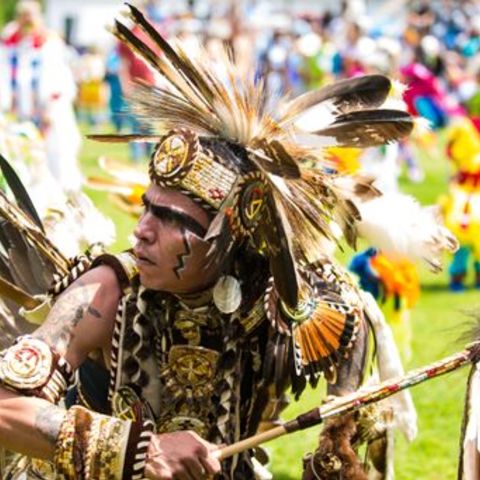 Annual Blooming of the Dogwood Pow-Wow