For a small farm, Coffee Pot Farms in Dilkon, Arizona, is making a big impact in its community on the Navajo Nation.

Cherilyn Yazzie and her husband Mike Hester, started their farm in 2018 on 36 acres of land, mostly within a 400-square foot passive solar greenhouse. Yazzie had worked 13 years as a social worker managing the nutrition services department of Navajo Country Public Health and would recommend healthy eating to her clients and school groups.

“I realized I was telling people to eat healthy, to eat vegetables, but that there was no place around here where people could get fresh produce,” Yazzie says. “I felt like a hypocrite, so I decided to do something about and grow healthy food for people. Food is the first medicine.” 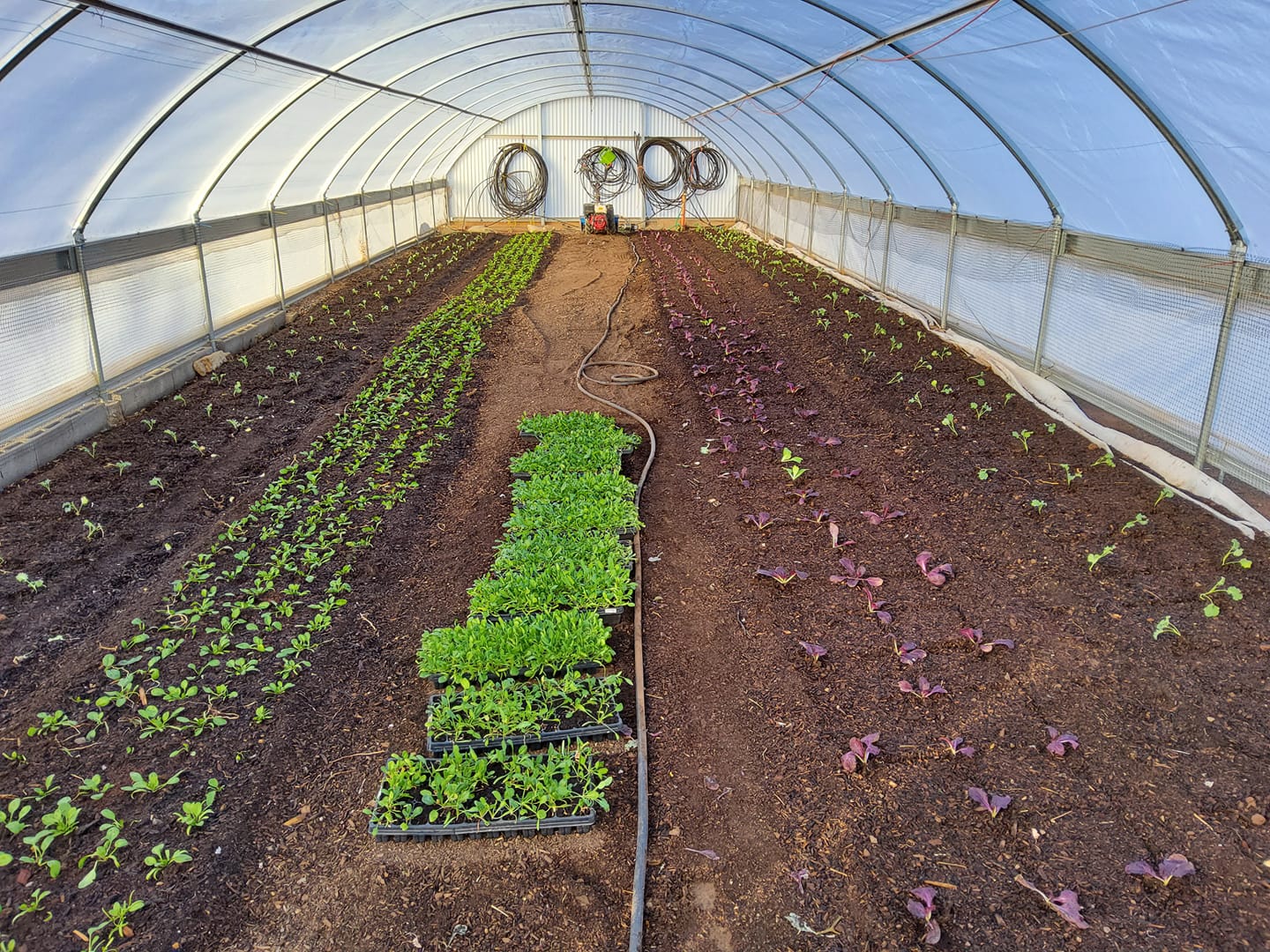 While small family cornfields could be found throughout this sunbaked region, diverse vegetable crops were scarce. Bashas’ grocery store was the only place close to Dilkon to purchase vegetables such as tomatoes, iceberg lettuce, and carrots.

“There’s not much water out here and the soil is desert, so it’s difficult to grow a garden using traditional methods,” Yazzie says.

Yazzie said her grandfather had a cornfield that was a little less than an acre, and that they realized they could once again farm this family land. A nearby volcanic butte that her grandfather called the Coffee Pot lent itself to the farm’s name.

By using drip irrigation, small walkways between 30-inch beds, an enclosed greenhouse, careful soil management, crop rotation and other techniques, Yazzie says she and Hester found they could probably grow as much on their small farm as a much larger, open-air farm could, and with far less water. With the control of a greenhouse, they could also grow a more diverse range of crops for their customers.

Japanese turnips, spinach, Asian greens, arugula and garlic are just some of the otherwise hard-to-find produce that Yazzie says her customers love.

“I have one customer whose son loves our Japanese turnips so much that he’s bought some seeds and is going to grow them himself,” Yazzie says.

And that’s exactly what she wants to see happen.

“We want to inspire people to grow their own food, and to show them that they can live here and grow a great, diverse garden on not a lot of land,” she says.

Yazzie says that in 2019 she and Hester would mostly sell at a farm stand, but that events of 2020 made them reorganize their business model. 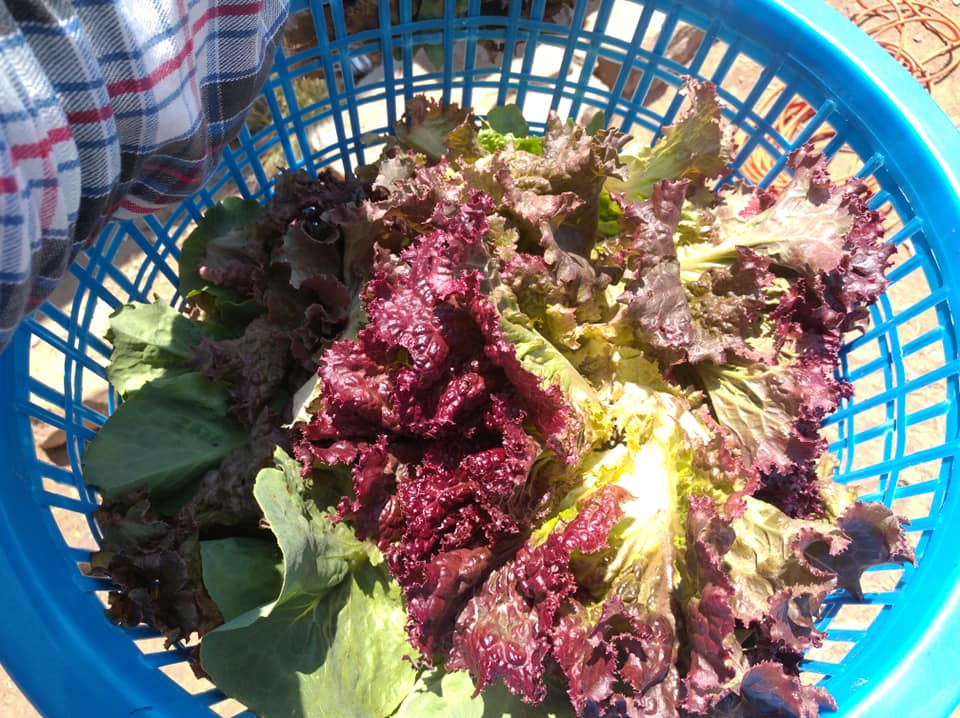 “We began selling weekly food boxes, and that really took off,” she says. “It’s been good for our customers because they know they’ll have fresh produce at their door and don’t have to go out. And it’s been good for us because we know how much we’ll need to prepare and how much we’ll sell. It’s better time-wise for us, because we know exactly where our efforts are needed. We go to the customers now, instead of waiting for them to come to us.”

But Yazzie says she does want customers to come to the farm, where she’s more than happy to give tours and help people start their own gardens at home. She says that they are considering adding on to their businesses model by possibly adding on dinners, farm-stays and other ideas that would help teach and inspire people.

Yazzie and Hester have also set up an internship program, where aspiring farmers can work and learn at Coffee Pot Farms in order to start their own farms in their communities.

Yazzie says she hopes people will drop by and visit their farm about 40 miles north of Winslow via AZ 87. Yazzie says she’s always happy to show people around and recommend tourism destinations both on a off the Navajo Nation such as Petrified Forest National Park, an hour away.

Yazzie actively uses her Facebook page to keep in touch with customers, let them know what’s in season and share behind-the-scenes stories from Coffee Pot Farms. She is also developing a website at CoffeePotFarms.com.

“We had a lot of questions when we were starting out,” Yazzie said. “Why can’t people get good food? Why aren’t we providing our own food to ourselves? Why is it hard to get water? Why is it hard to access the land? Mike and I wanted to take those ‘why’ questions and turn them into ‘why not?”