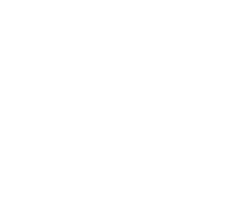 The Onʌyoteˀa·ká· (People of the Standing Stone) were originally located in central New York State and are part of the Iroquois Confederacy. The Oneidas supported the Americans during the Revolutionary War, however post war pressure for land caused the majority of tribal citizens to move to the Michigan Territory, now Wisconsin, starting in the 1820’s.

The Oneidas entered into a tribe-to-tribe treaty with the Menominee and Ho-Chunk to share territory. Eventually, the Oneida Reservation became 65,400 acres in 1838, and are the borders recognized today. There are currently over 17,000 Oneida citizens across the country. Oneida is located just west of Green Bay, Wisconsin.

The Oneida Nation is proud to open the Oneida Long House in the fall of 2018 located at the Oneida Culture Park.  This traditional dwelling is 65' long and is an evolving display of how Oneida families would have lived prior to Europeans stepping foot to the east.  Then walk across the grounds to 5 log homes that are over 100 years old and display various periods of time after 1821.

Oneida also has a Buffalo Overlook, the Oneida Museum, Oneida Orchard, weekly Farmer's Market, Casino properties and other entities to enjoy.  We hope to see you soon!